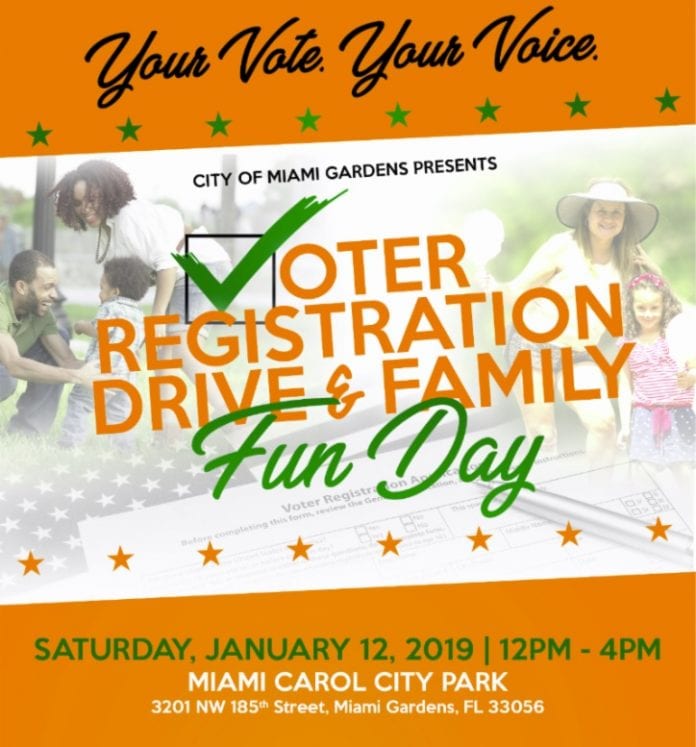 Effective January 8th, Amendment 4 restores the eligibility to vote for Floridians with felony convictions after they complete all terms of their sentence, including parole, probation and restitution.

“All of our voices are required, all of our efforts are needed and our attention must focus beyond Election Day and through election cycles. This event is intended to allow those previously disenfranchised to become active participants in the representative republic. Being an active participant means knowing your rights, registering to vote and educating yourselves on the issues,” said Mayor Gilbert.

“We want our Residents to be educated, ready and excited about the most powerful position in any democracy. The power of our aggregated vote.”

Prior to the passing of Amendment 4, Florida law excluded over one million Floridians who completed the terms of their sentence from voting for life, the largest number of any state.

Florida was one of four states with a lifetime ban on voting. More than 5 million Florida voters, 64.55 percent of the votes cast in the November 2018 election, voted to amend section 4 of Article VI of the Florida Constitution (Referred to as Amendment 4).

A 60 percent vote by Florida citizens would be required in order to change it. Amendment 4 is the largest extension of the right to vote in the United States since the 19th Amendment which granted voting rights for all women (1920) and the 26th Amendment to citizens who are 18 years of age (1971).