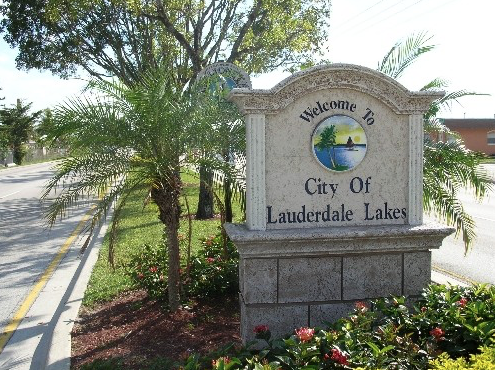 Lauderdale Lakes gets set for a major overhaul, as the city commission confirms plans to develop a residential, commercial and entertainment complex worth $100 million.

The city has agreed to negotiate with American Land venture to develop the property, located along Oakland Park Blvd and NW 31st Ave.

The city’s Community Redevelopment Agency purchased the land for $5.7 million in 2010, hoping it would be an anchor for the city’s economic redevelopment, but earlier efforts didn’t materialize.

Jason Robertson, vice president of development for the Miami-based American Land Ventures, said the company’s project would be valued at more than $100 million and include residential, commercial, retail, dining and entertainment space, along with public open space.
- Advertisement -

The company will now work with the city to put together specifics for the project.

American Land Ventures, LLC has been responsible for the site acquisition, planning, design, development, financial oversight, marketing and management of over 10,000 luxury apartments and condominium units throughout South, Northeast and Central Florida.

Real estate developer Paul Anton had secured 25 acres of land in Lauderdale Lakes where he planned to build the aquatic sports and entertainment complex. The stadium, which would have been located off of Commercial Boulevard and Route 441, and which was tentatively set to break ground in 2013, was intended to host a variety of events including national aquatic meets and various entertainment and concert events.

While several locations were evaluated for this project, Anton ultimately felt that the Lauderdale Lakes location had the most desirable features, including the best road construction as well as the opportunity for additional uses, making it the perfect fit for this project, however plans to build the entertainment complex did not pan out.