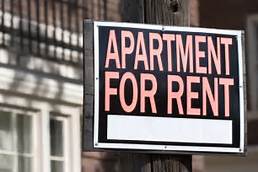 According to RENTCafe, a nationwide apartment search website, the City of Miramar in Broward County heads the state with highest rentals. In July, the average monthly rent for a three-bedroom apartment in Miramar, a city with a very large Caribbean American population, and all- Caribbean city commission, was $1,800, the highest in Florida. This represent an increase of 3.2 percent since July 2016.

The rents are based on apartment buildings with 50 or more units. Rental homes and condominiums are not included.

According to the Sun Sentinel, Adrian Rosenberg, a representative for the website, said Miramar rents have increased steadily in recent years, More  than half of Miramar’s apartments include high-end buildings, of which some 1,500 new units were constructed since 2013.

Four other Broward cities rank in the top five cities with high average monthly rent. Fort Lauderdale, had the second highest average rent at $1,751 a month. Davie third at $1,739, while Coral Springs and Pembroke Pines tied at No. 4 at $1,653 a month.

The report indicted rents were lower in Miami-Dade and Palm Beach counties. In the ranking of rental in the state, Miami ranked 6th with an average rent of $1,587. Average rent in West Palm Beach, Palm Beach County was $1,344 monthly placing that city at 7th place.

Although Miami is a very crowded city, and home to a large immigrant population, there are several low-income, low rental area which served to drive down the average monthly rent in that city.