As the CBA’s signature event, the banquet raises funds to sustain the Caribbean Bar Foundation and the CBA’s diverse philanthropic missions and outreach programs, including scholarships for judicial internships awarded to law students in Miami-Dade and Broward counties.

The banquet will be hosted by radio personality Keith “Papa Keith” Walcott of WMIB 103.5 The Beat and attorney and Past President Sherylle Francis. Guests will be treated to Caribbean-themed cuisine, exciting musical and cultural performances, raffle prizes and dancing with DJ Dorenzo Olivier throughout the night. 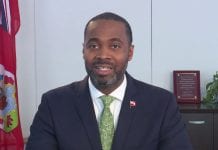