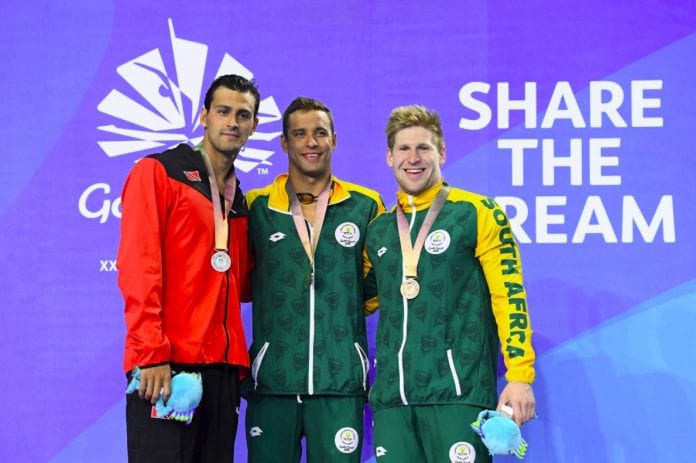 Trinidadian Dylan Carter captured his first Commonwealth Games medal while Jamaican Alia Atkinson landed her third, as they both secured silver on day two of the 2018 edition of the showpiece here Friday.

Competing in the men’s 50 metres butterfly final at the Optus Aquatic Centre, the 22-year-old Carter finished second behind South African winner Chad Le Clos in a time of 23.67 seconds.

Le Clos was timed at 23.37 seconds for gold while teammate Ryan Coetzee touched the wall in 23.73 seconds.

Swimming out of lane six, Carter made a great start to the event and held a marginal lead over Le Clos at the half-way stage, with Australian Grant Irvine challenging from third.

Le Clos, however, made a late surge over the last 15 metres to touch the wall first, forcing Carter into second.

At the 2014 Commonwealth Games, Carter finished fifth in the 100m freestyle and was knocked out in the the semi-final in the 100m butterfly.

Atkinson, meanwhile, was also impressive in her final, touching the wall in 30.76 seconds, to follow home Sarah Vasey of England in the women’s 50m breaststroke final.

Vasey was timed at 30.60 while Australian Lelston Pickett took bronze in 30.78.