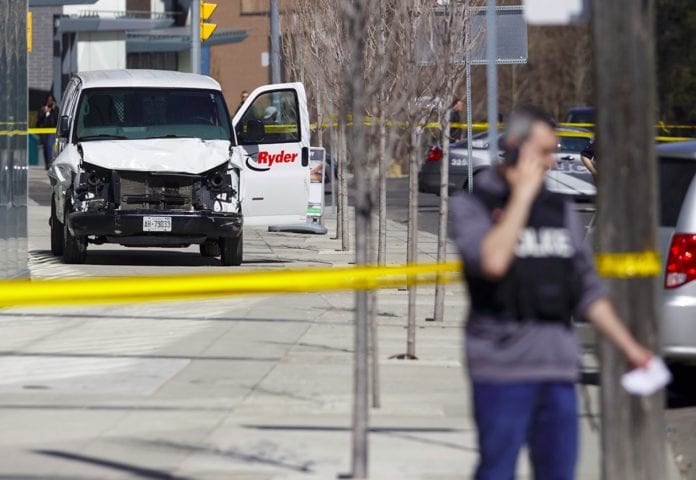 The 15-member Caribbean Community (CARICOM) has condemned the “deadly vehicle rampage” in Canada that resulted in the death of 10 people earlier this week.

On Monday afternoon, ten people were killed and 14 injured when a man ploughed a van into a crowd of pedestrians on a Toronto sidewalk in what Canadian Prime Minister Justin Trudeau called a “senseless attack and a horrific tragedy.”

The driver, identified by authorities as Alek Misassian, 25, has been arrested by the Toronto police and charged with 10 counts first degree murder and 13 counts of attempted murder.

CARICOM Secretary General Irwin La Rocque in a message to  Trudeau said the entire Caribbean Community is saddened by the tragedy.

“It is with great sadness mixed with revulsion that I, and the entire Caribbean Community have reacted to the horror of the deadly vehicle rampage unleashed on unsuspecting, innocent persons in Toronto on 23 April 2018,”  LaRocque said in his message.

He stated that the Canadian authorities must be commended for their “swift response and capture of the alleged perpetrator in such a professional manner,” he said.

“On behalf of the Community, I extend deepest sympathy to the Government and People of Canada and in particular to the bereaved families who lost their loved ones following this tragic event and wish a full and speedy recovery to the injured,” LaRocque said.