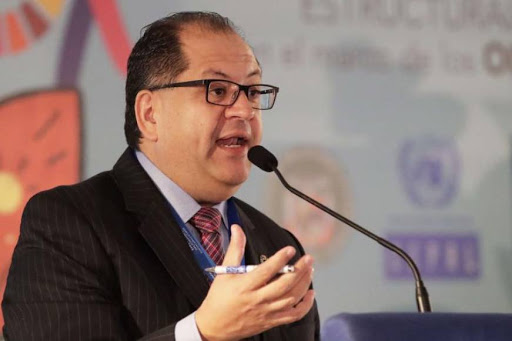 BRIDGETOWN, Barbados (CMC) — A senior official of the United Nations Development Programme (UNDP) says Latin America and Caribbean countries (LAC) will suffer disruptions to their supply chains as Chinese production of goods has come as a result of the coronavirus (2019-nCoV) outbreak that has killed more than 600 people in the Asian country.

“Notably, today the Chinese government announced that it will delay reporting its January trade data. Commodity prices will also likely be impacted by a slowdown of the Chinese economy. Chinese oil demand, for example, is already being reported to have dropped by 20 per cent by some news outlets,” said Luis F Lopez-Calva, the UNDP Regional Director for Latin America and the Caribbean.

Lopez-Calva, who is also the UN Assistant Secretary-General, said that resilience is one of the main pillars of UNDP’s regional and Caribbean narrative and key foundation to promoting sustainable development in the region.

“History demonstrates that in the region volatility is the norm and not the exception, and that the development trajectories of countries are not monotonic. Resilience is the ability to return to a predetermined path of development in the shortest possible time after suffering from an adverse shock.”

He said that a new source of potential volatility has emerged and while it is too early to fully grasp its impact, a recent threat to the macroeconomic stability of the region is the 2019-nCoV.

“How strong will the impact of the virus be on Chinese growth, how it will translate to a slowdown in the region, and how prepared is the region to weather these impacts, are all questions to be determined,” he said, noting that “what we know so far is that the coronavirus is spreading at a rapid pace and has resulted in a halt of economic activity in China, as the government limits the mobility in and out of the country”.

He said while more than 31,000 have been infected, over 600 casualties and cases reported in 28 countries, “it is very likely that the impact of the virus on Chinese growth and commodity prices will represent a shock to the region”.

Lopez-Calva said Latin America and the Caribbean is significantly exposed to China, as economic relations between the two have soared in the past decades, particularly through trade and FDI and lending.

He said trade between China and LAC increased from US$12 billion in 2000 to US$306 billion in 2018 and is indeed Latin America’s second-largest trading partner.

He said three years ago China represented already nine per cent of Latin America’s total exports and 18.4 per cent of total imports.

Similarly, foreign direct investment (FDI) and lending from China have surged in Latin America and the Caribbean over the past decade.

Between 2005 and 2017, China’s investment in the region represented five per cent of total FDI, more than US$90 billion.

“The full extent of the impact of the coronavirus will ultimately depend on how well the outbreak is contained, but it is expected that Chinese growth in the first quarter of the year to fall sharply and rebound later in the year,” Lopez-Calva said.