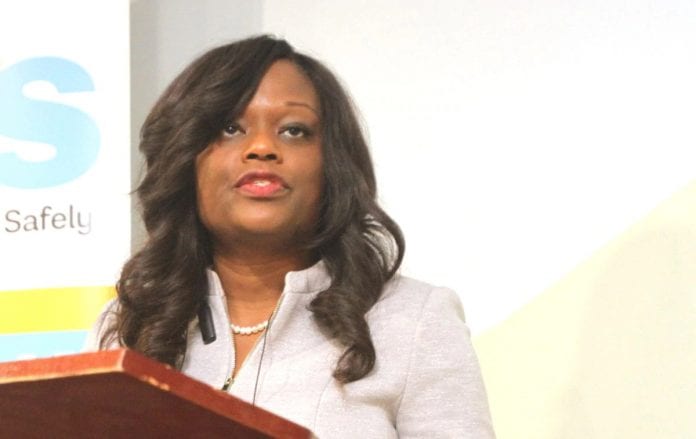 Two Caribbean American leaders have extended best wishes to United States President Donald Trump, who on Friday disclosed that he tested positive for the coronavirus (COVID-19) and was later taken to the hospital.

The White House said Trump, 74, was given an experimental drug for what it described as mild symptoms.

Late Friday, the President was flown by helicopter to Walter Reed National Military Medical Center in Washington for what is expected to be a stay of a few days.

“His COVID-19 diagnosis is a reminder of how important it is to wear a face covering, wash your hands and keep a safe distance from people outside your immediate family unit,” added Bichotte, who represents the 42nd Assembly District in Brooklyn, New York.

“With COVID-19 cases ticking up across Brooklyn, it is more important than ever to take these potentially life-saving measures seriously,” she continued.

The White House said on Friday that Trump had a fever, congestion and a cough.

In a short tweet, after arriving at the hospital, Trump wrote: ““Going well, I think! Thank you to all. LOVE!!!”

Earlier in a short video message, after arriving at the hospital, the US president said he was “doing well.”

With just 31 days before the November 3 Presidential Elections, political observers say Trump’s sudden diagnosis has put the race, with Joe Biden, his Democratic challenger, in tumult.

Biden, who has tested negative for the virus, along with his wife, Jill, was gracious in wishing Trump a speedy recovery.

“This is not a matter of politics; it’s a bracing reminder to all of us that we have to take this virus seriously,” said Biden at a campaign stop in Grand Rapids, Michigan, on Friday.