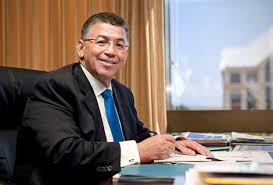 Speaker of the House in the Cayman Islands, McKeeva Bush apologized to the country following his arrest in the United States last week.

Bush, who returned home late Friday was arrested on battery charges in the aftermath of an incident in a casino in Florida.

“I regret the attention and concern that my wrongful arrest has caused to all concerned overseas, my constituents and the great citizens of Cayman,” Bush said.

“I am certain that once my attorney and the prosecutor have an opportunity to review the evidence, the only conclusion that will be reached is that I committed no crime.”

Bush, a former Premier, is now awaiting word on whether he will be formally charged with battery, a misdemeanor that is punishable by up to a year in prison and a fine of US$1,000 on conviction.

According to Broward County court records in Florida, Bush, 62, was arrested by the Seminole Police last week Monday.

The public records state he was arrested on a misdemeanor offense.

The arrest followed an interview with and sworn statement by a female employee victim and a review of surveillance video.

According to the arresting officer, surveillance video showed Bush allegedly wrapped his arm around the victim’s lower back and forcefully pulled the victim towards his direction.

“According to the arresting officer, the victim alleged ( Bush) grabbed her buttocks while pulling her with his right arm.”

Following the incident, Bush spent one night in the Broward County jail and was subsequently released on a US$1,000 bond.

Bush, was overwhelmingly re-elected in the May general election in the Cayman Islands.

His attorney filed a written “not guilty” plea with the Broward County court last Wednesday.