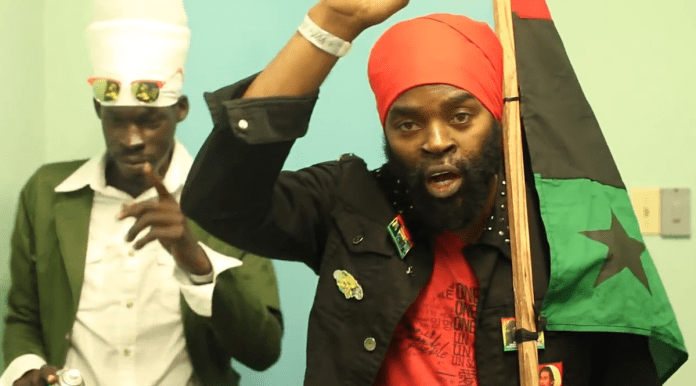 Bugle breaks into the New Year with new album

Reggae artist Bugle is definitely making a major impact on the New Year by releasing his sophomore album.

‘Be Yourself’ a fifteen-track compilation slated for release in early February 2017 is the follow-up to his first and very successful release, ‘Anointed’ which debuted two years earlier. ‘Anointed’ was considered one of the best albums of 2014 and brought him a lot of attention internationally. Other albums out of Jamaica for that year which were considered in the same category was Buju Banton’ ‘Til Shiloh’ and Sizzla’ ‘Da Real Ting’. Earning a spot on MTV Jams with ‘Move Dem’ featuring Julian Marley he collected over a million views online along worth the traction from his extensive tour through Africa, Europe, North America and the Caribbean.

“Anointed was a very successful album, but ‘Be Yourself’ I believe is my best work yet, it’s an authentic Reggae album comprising fifteen solid songs (one bonus track) that I’ve put a lot of effort into crafting and definitely shows my growth as an artiste. The album features Tarrus Riley, Sizzla Kolanji, Shaggy, new sensationsRockaz Elements and Shensea. I really believe this project is going to resonate well with the people and therefore I am taking a very strategic approach to the marketing campaign. “

‘Be Yourself’ is executively produced by Bugle and will be distributed by Empire, a United States based company who also produced ‘Strictly Roots’, the Grammy Award winning album from Morgan Heritage.