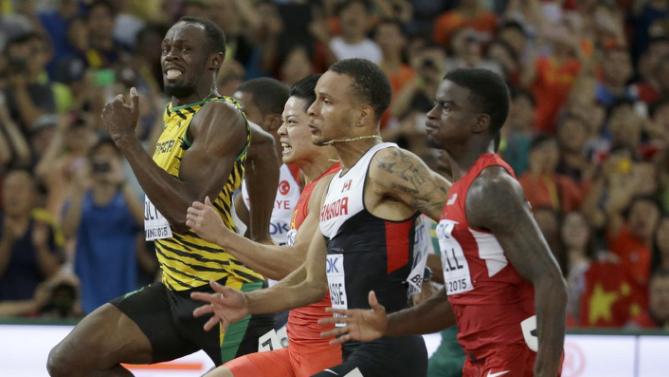 The race is already on to replace the world’s fastest man, Usain Bolt as the king on the hill of athletics when he retires after the World Championships this summer.

Bolt, however, will not be suckered into naming a likely successor.

Among those highest on the list of would be heirs to the sprint throne is Canadian talent Andre De Grasse, South Africans Akani Simbine and Wayde Van Niekerk and Bolt’s Racers Track Club teammate Yohan Blake.

“There are several good guys out there. I never really pick out one person,” Bolt said.

De Grasse has earned the bronze medal behind Bolt and American Justin Gatlin at the last two major games.  Van Niekerk made his claim to the throne with a scintillating 400 meters win at the Rio Olympics, where he broke the longstanding record of American Michael Johnson.

Blake was once touted to be the likely successor having clocked the world’s second fastest times over the 100 meters and 200 meters but has suffered from injuries in recent seasons.

For now, Bolt is, however, more concerned about closing his career on a high.

“I hope I wake up [on 13 August] having won more gold medals. If I am fit and healthy going into the Championships I won’t be worried,” he said.