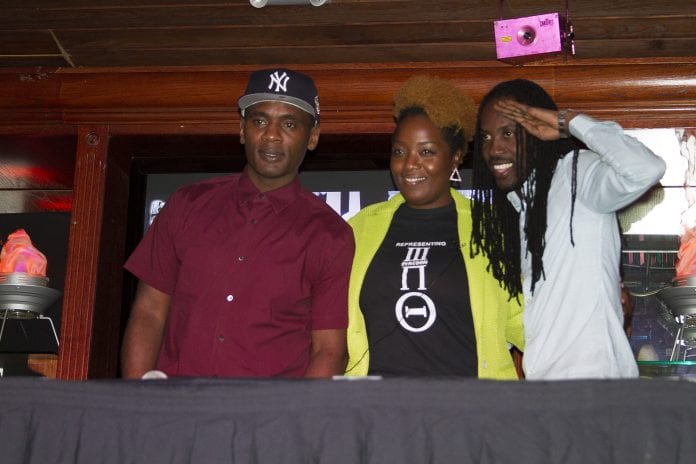 Best of the Best Music Fest 2016 is proud to partner with the Greater Miami Convention and Visitor’s Bureau (GMCVB) Multicultural Tourism Department in celebration of its 10th Anniversary with some of the biggest names in Caribbean music on Memorial Weekend Sunday, May 29th at Bayfront Park in Downtown Miami.

The official Best Of The Best 10th Anniversary Press Launch was held last night at Cafe Iguana Pines. Media and tastemakers were invited to meet and greet with BOTB 2016 performer, Nesbeth, who said “When people come out and support our lifestyle, our culture, then we owe them nothing but the best of the best.”  He also mentioned being excited to perform in the music fest, coming up in 29 days.

Joseph Louis, CEO, Best Of The Best & Rockers Island Entertainment stated, “Best of the Best welcomes thousands of visitors from the US Eastern seaboard and from across the Caribbean region for Memorial Weekend in Miami. We are proud to be a signature event in our vibrant multicultural tourism destination and are truly grateful for the support of the GMCVB,”

Best of The Best 10th Anniversary Weekend takeover activities will kick off with a grown and sexy Welcome To Miami Party on Friday, May 27th at Cafe Iguana Pines in Pembroke Pines. After the big show on Sunday, May 29th, it is back Cafe Iguana Pines for the Official Best Of The Best After Party. 10th Anniversary Weekend events conclude Memorial Monday, May 30th, with the All White & Shades Boat Ride aboard the luxurious S.S. Musset.