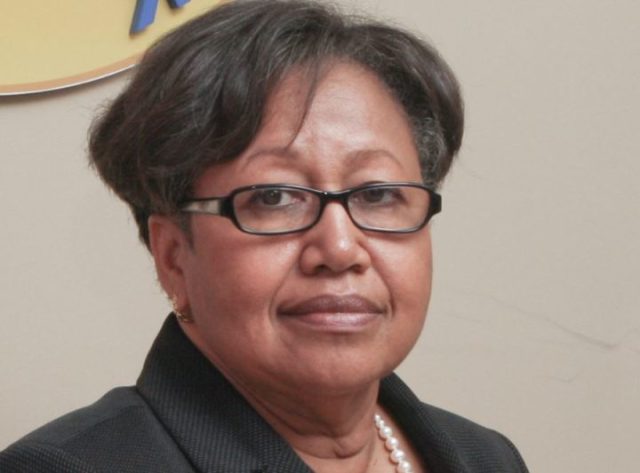 Belizean Dr. Carla Barnett, the first-ever woman to have served as deputy secretary-general from 1997 to 2002, has been elected as the new Caribbean Community (CARICOM) Secretary-General replacing the Dominican-born diplomat, Irwin LaRocque, who has been in the post since August 2011.

Barnett was elected during the virtual 21st Special Meeting of the CARICOM leaders, chaired by Prime Minister Dr. Keith Rowley, the chairman of the 15-member grouping.

The other candidate who was being considered for the post is the current CARICOM Deputy Secretary-General, Dr. Manorma Soeknandan.

Last month, when she was nominated for the position by Belize, Barnett said her vision for the regional grouping is “a CARICOM that the ordinary woman and man will defend because they feel the impact in their daily lives through economic and social advancement that comes from community action”.

She said CARICOM should never be afraid to re-strategise, as it is now doing, when the needs are great and the resources scarce.

“The (COVID-19) pandemic is forcing us to recalibrate and set new priorities for regional development. ‘Do more with less’ has new meaning for all of us. This does not mean less effective work. Indeed, increased incorporation of information and communication technology into our work provides opportunities for greater productivity and for CARICOM citizens to be much more involved in the strengthening of Regional integration well into the future, beyond COVID,” she added.

In a statement, the Belize government hailed her election “based on her qualifications, experience and skills, adding “all heads pledged their support to working with Dr. Barnett for advancing the agenda of the region”.

Prime Minister John Briceño, who led the Belize delegation at the meeting, thanked his CARICOM colleagues for the confidence entrusted to Barnett.

He noted that Barnett will take up the post of secretary general at a most critical time for the region and “also highlighted that in addition to her unimpeachable qualifications, Dr. Barnett’s professional career has precisely equipped her with the skills, experience and network to lead the CARICOM Secretariat.”

In a brief statement announcing her appointment, CARICOM chairman and Trinidad and Tobago’s Prime Minister Dr. Keith Rowley said the regional leaders had “unanimously agreed” to her selection as the eighth CARICOM Secretary General.

“Heads of Government in congratulating Dr Barnett on her selection, recognised the historic moment for the Community,” he said.

Barnett has extensive experience at the executive level of the public service in Belize and in the CARICOM region.

She was formerly vice president of the Belize Senate and has served in various ministerial capacities in her country’s government. She has also served as Financial Secretary of Belize and Deputy Governor of the Central Bank of Belize, as well as Vice-President (Operations) of the Barbados-based Caribbean Development Bank (CDB).

Her tenure as CARICOM deputy secretary-general coincided with the re-organisation of the Guyana-based CARICOM Secretariat, the Community’s administrative body.