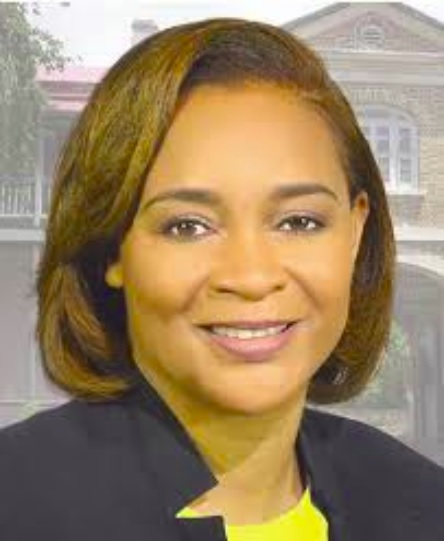 The opposition Democratic Labor Party (DLP) in Barbados, has elected attorney Verla DePeiza as its new leader as it seeks to rebuild following the defeat it suffered during the May 24 general election in Barbados.

“If nothing else gives us the impetus to move forward it must be the fear of failing. This party is bigger than us. This party has a responsibility to this country and we are equal to that task. I say we because there is, without doubt, a mammoth task ahead of us,” DePeiza said Sunday as she was elected unopposed to guide the affairs of the party that was swept out of office by a 30-nil margin in the general election.

“We have to repair breaches internally and externally and because I have no interest in wallowing in the wilderness for longer than is absolutely necessary, we must step up and act and address these matters frontally without fear, without favour,” she told DLP supporters at the party’s 63rd annual general conference.

Earlier, former prime minister and DLP president, Freundel Stuart said the party should not be used by persons to climb “the career ladder” even as he acknowledged that the defeat in the general election was still hurting.

“The electoral wound is still fresh and where we in circumstances like these… relax our vigilance and…manifest symptoms of vulnerability. I feel it is, therefore, my duty to warn that for some time now there has been a species of predators stalking the party political environment in Barbados in search of career advantages to exploit.

Stuart said that the 63-year-old party does not allow itself to be used specifically as a mere vehicle for the realization of an individual’s personal ambitions.

He said the party was not looking for a savior or “messiah” to clean its tarnished reputation and that the loyalty of members must be tested as the party moves to rebuild.