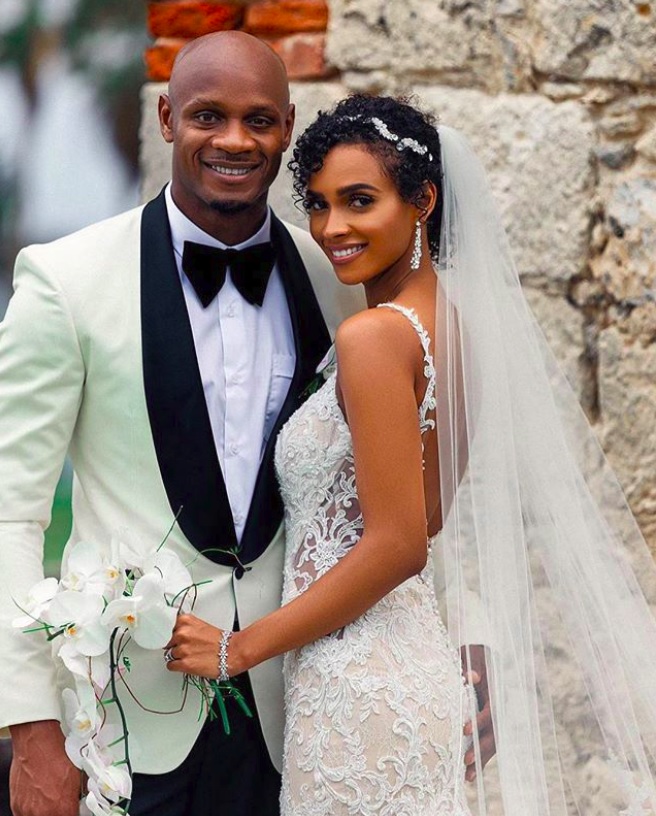 Not long after the couple said their “I do’s” their wedding photographs began trending on social media and images from the wedding ceremony and reception were available on YouTube.

The Jamaican Diaspora, exemplified in tweets and Facebook and Instagram postings, have been extending congratulatory messages to the couple.

A tweet from Jenny in Miramar said, “Asafa never win a personal golden love medal.” Another tweet from South Florida read “Asafa deserve to be happy. God’s blessing to the new couple.” A comical message on Facebook read, “At last Asafa beat Usain (Bolt). Usain won’t be able to catch him at the altar.” But another, rather partisan tweet read, “Bwoy, me glad fi Asafa, but mi sorry is not a Jamaican chick.” Notwithstanding, most of the social media messages wished the couple happiness and success in their marriage.

He consistently broke the 10-second barrier in competition, with his personal best of 9.72 seconds ranking fourth on the all-time list of male 100-metre athletes.

Powell also holds gold medals of a member of Jamaica’s 4 x 100 meters relay team won at the 2016 Olympic Games in Rio de Janeiro, and the 2009 and 2015 World Championships in Berlin and Beijing respectively.