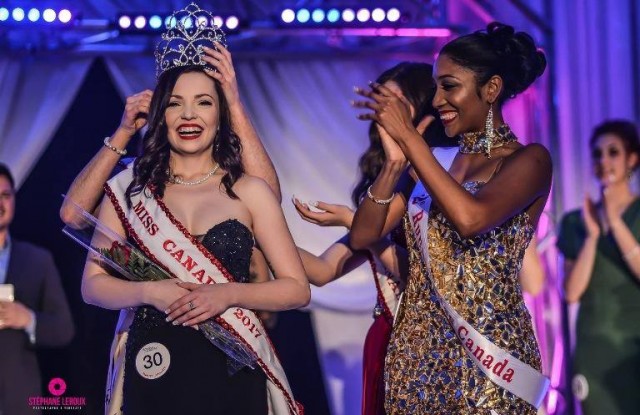 Justin Viard, the Consul General of Haiti in Montreal, Canada who made the official announcement to the people of Haiti and the Haitian Diaspora said Lawrence’s placement in the Canadian pageant, following that of Pelissier proves once again the potential of the Haitian woman to excel international while displaying a combination of beauty and intelligence.

The Consulate General of Haiti in Montreal thanked the Haitian Community of Montreal and Haitians around the world for the support being given to the two Haitian beauties.

From information submitted by the Haitian Consulate in Montreal, Liliane Marie Laurence Ulysse migrated from Haiti to Canada at age-12. She is a graduate in Sociology and International Development from the University of Québec. She describes herself as a determined, positive, responsible, and ambitious woman. Ulysse is described as a source of inspiration and motivation for young people in Canada and around the world.