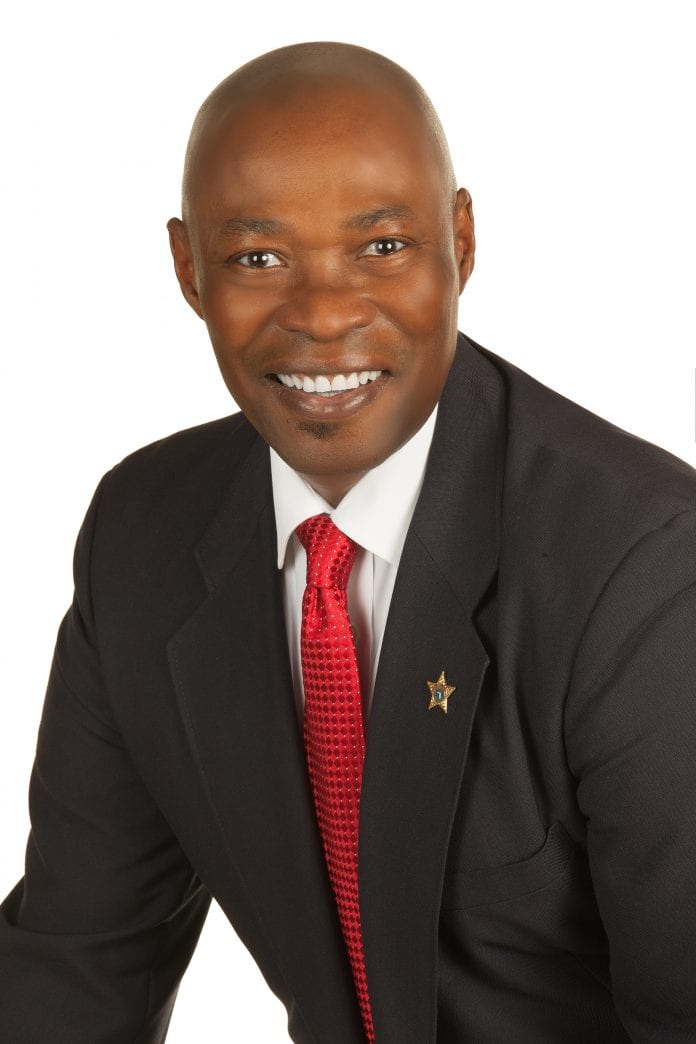 Andrew Smalling, 57, former District Chief of the City of Lauderdale Lakes and Chief of Police of City of Lauderhill has decided to come out of what some regarded as “premature retirement” to seek the office of Broward County Sheriff in the 2020 Primary Election scheduled for August 25th, 2020.

Informing CNW of his candidacy last week, Smalling said despite  retiring as Lauderhill’s Police Chief in 2015, he made the calculated decision to seek the higher office of county sheriff to provide a service that in his estimation is not being provided to Broward residents. “Although I was no longer active in law enforcement I, nonetheless, remained a very keen observer of the operations of the Broward Sheriff Office (BSO). I just wasn’t pleased with the past leadership, and also with the current leadership. I don’t think the leadership is doing its best for the residents. I know I can make improvements. That’s why I am funning”

Smalling will officially launch candidacy at 6:30pm on Tuesday April 23, at the City of Lauderdale Lakes Library/Educational and Cultural Center.

Smalling was born in Jamaica and migrated to the US at the age of 8. He grew up with loving, working-class parents in the Bronx, New York where he attended public elementary, middle and high school. He attended college at the Florida Institute of Technology, Melbourne, Florida earning the BS degree in Technical Communications in 1985.

In 1986 he embarked on a distinguished career in law enforcement. He first joined the US Marine Corps and began a decade-long career as a military intelligence officer. While in the Marine Corps, Smalling participated in Operation Desert Shield/Desert Storm and received the National Defense Service Medal.

He served with Joint Task Force 4 in Key West, Florida as a reserve officer from 1991 to 1996, when having attained the rank of Major he received an honorable discharge from the Marine Corps.

In 1991, he joined BSO as a Deputy Sheriff and served twenty years, attaining the rank of District Chief for the City of Lauderdale Lakes. He retired in 2011 as the acting Major supervising the North area including the cities of Lauderdale Lakes, North Lauderdale, Tamarac, Deerfield Beach, and Parkland.

While at BSO, Smalling earned a Master’s Degree in Criminal Justice Administration from Lynn University.

Shortly after leaving BSO, Smalling was appointed Chief of Police in the City of Lauderhill and served the city from 2011 until his retirement in 2015.

As Lauderhill’s Chief of Police, he established a community policing philosophy through a multi-faceted approach which included utilizing officers on bicycle and foot patrols, balancing community liaison officers with assertive law enforcement and creating a Strategic Enforcement Team to focus on crime involving illicit drugs and violent gangs. This resulted in a significant multi-year reduction in drug-related and violent crimes in the city.

“I have what it takes to make a positive difference in public safety in this county I will work tirelessly towards a justice system that works for everyone,” Smalling said.

He’s confident this experience, and time spent as a board member of the Broward County Chiefs of Police Association, has given him first-hand and unique understanding of policing throughout the county.

Among Smalling’s goal if elected as Broward sheriff is to “improve public safety by being sensitive to community needs and fostering a more cohesive relationship between the Sheriff’s Office and the community; develop and improve the system and processes that will facilitate greater school safety; focus on the elimination of secondary victimization; positively impact our jail population and reduce recidivism; and provide for greater transparency and accountability of taxpayer dollars.”

Smalling is married to Pauline and has two children, Matthew and Stephanie.