A Landslipe Victory for the Jamaica Labour Party and Andrew Holness 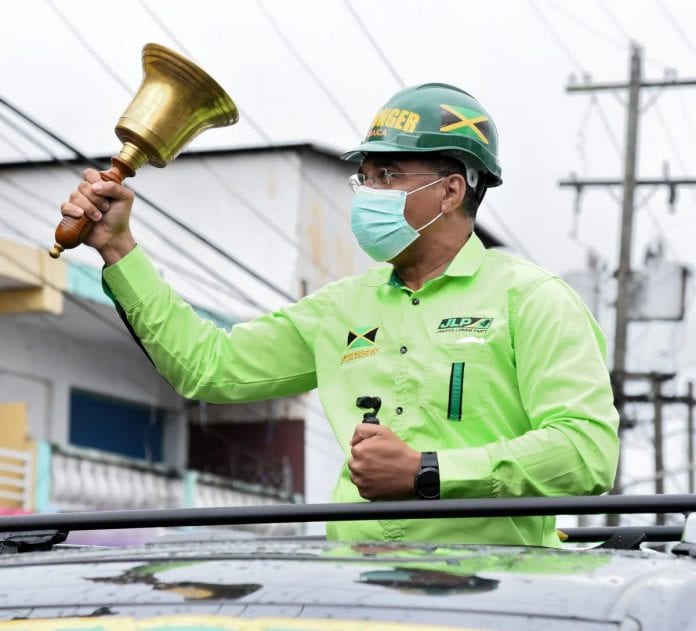 In the general elections held in Jamaica yesterday, a record low percentage of voters returned the Jamaica Labor Party (JLP) led by Andrew Holness to office for a new term in a devastating landslide.

Of the 63 seats in the Jamaican parliament, the JLP won or led in 49 seats and the opposition People’s National Party led by Dr. Peter Phillips won or led in just 14. This gives the JLP a two-thirds parliamentary majority.

But despite the JLP’s second straight general election victory since 2016, when it narrowly defeated the then ruling PNP by one seat, the party’s victory does not reflect a mandate from the Jamaican people. Only 37 percent of Jamaica’s 1.9 million voters voted, the lowest in Jamaican election history, except for the 1983 general election in which the PNP decided not to compete.

The fact that the elections were called in the midst of the persistent COVID pandemic in Jamaica, with 2683 cases as of Thursday morning and 24 deaths, did nothing to alleviate the apathy among Jamaican voters.

Since the elections were announced, there has been a coincidental spike in COVID 19 cases in Jamaica, particularly in the Kingston and St. Andrew region. The spike led many residents and business entities to call for a postponement of the elections, but the calls went unheeded.

Calls made by CNW to several registered voters in Jamaica on Thursday morning indicated 88 percent, all registered in constituencies in Kingston and St. Andrew, said they had no intention of voting. Of those who said they would be voting 60 percent said they were weary of going out to polling stations while the pandemic raged.

The other 40 percent indicated having no faith in either the JLP or PNP to adequately represent the interests of the Jamaican people. “Both parties have failed us through excessive corruption, inability to manage crime and violence, and change the poor healthcare and justice system,” said Sybil McBean a resident of Jacks Hill, St. Andrew.

Some political analysts in Jamaica believe the increasing apathy in Jamaican elections, observed since the 2007 general elections, is the absence of charismatic party leaders in the mode of the Alexander Bustamante, and Edward Seaga of the JLP and Michael Manley of the PNP. “Jamaican elections are now either won or lost at the constituency level. Gone are the days when the fire-brand leader drags voters in droves to polling stations..” said one analyst.

With the loss of the PNP, Phillips as he indicated to reporters on Thursday, is expected to retire as leader of the party and from politics in Jamaica. He will bow out, with the dubious reputation as having been the only PNP leader to not have led the party to a general election victory. This is the first general election in which he has led the PNP, but since his elevation to the post of party leader succeeding Portia-Simpson Miller in 2017, he presided over three parliamentary by-elections elections which were all lost to JLP candidates. His by-election failures created some dissatisfaction within the party leading to a challenge in Phillips leadership from Peter Bunting last year. Bunting failed in his bid by a relatively slim margin of votes. Phillips has also had health challenges and is currently undergoing treatment for a colon cancer diagnosis.

Bunting who was still considered as a successor to Phillips as PNP leader suffered another surprising set back as he lost his Manchester Central seat to the JLP’s Rhoda Crawford by over 9000 votes.

Lisa Hanna, who some consider a potential leader of the PNP, just squeaked by in winning her St. Ann South-Eastern seat by only 14 votes. A recount of the votes in this constituency will be likely.

The PNP’s annual party conference is scheduled for later this year, when it is expected a new party leader will be elected.

Both Holness and Phillips won their seat handily.

Holness won his St. Andrew West Central seat over Patrick Roberts of the PNP 7199 votes to 3925.