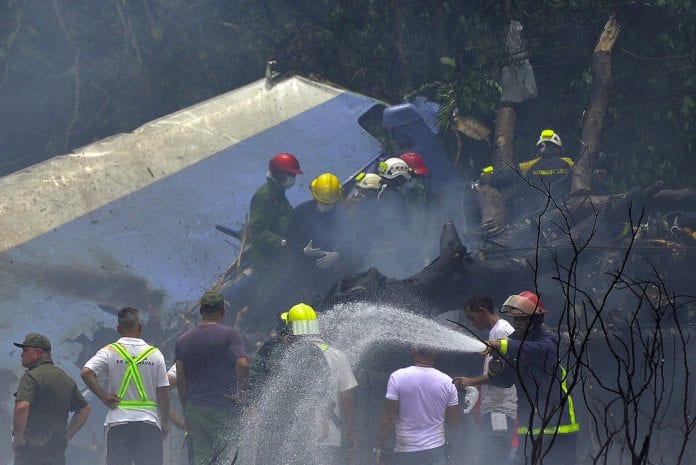 More than 100 people were killed in Cuba on Friday after a Boeing 737-400 crashed while taking off from Havana’s Jose Marti International Airport on an internal flight from Havana to Holguin in Eastern Cuba.

There were 104 passengers and initial reports said there were an additional nine crew members on board the plane.

Reports indicated there were only four survivors, but who were in critical condition.

“There has been an unfortunate aviation accident. The news is not very promising, it seems that there is a high number of victims,” Diaz-Canel said.

State-owned media reported that the 26 year-old Boeing 737-400 (I-BPAC), was being operated by Blue Panorama Airlines for Cubana, as flight #CU972 from Havana to Holguin.

Several Caribbean leaders have expressed their condolences to the Cuban government on the plane crash.