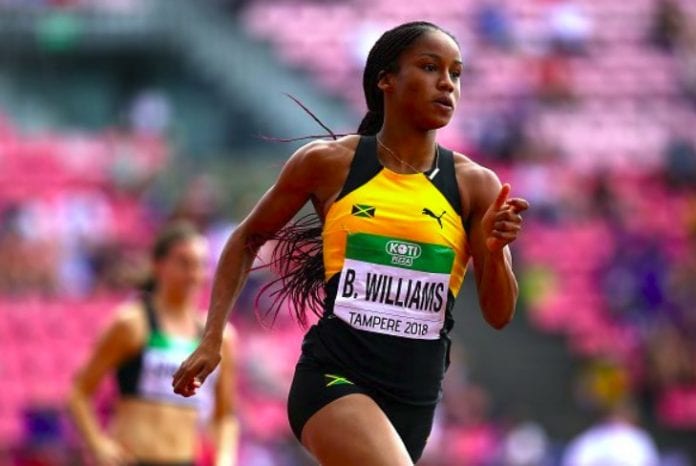 Jamaica’s Briana Williams upset the gold medal favorite from the US to win the 100 meter finals at the IAAF World U20 Championships in Tampere, Finland on Thursday.

At 16, Williams is the youngest in the field, but she demonstrated a maturity in the final getting a rocket start which clearly unsettled the American Twanisha Terry, who was favored to win the gold medal. By the time the American recovered it was too late as Williams had crossed the line first in 11.16s. Terry, who had set championship record 11.03s in the semis had to settle for the silver medal in 11.19. Great Britain’s Kristal Awuah was third in 11.37s.

William’s coach Trinidad-American Ato Boldon was at a loss for words following the impressive win by his young charge. “What can I say, she’s arrived.”