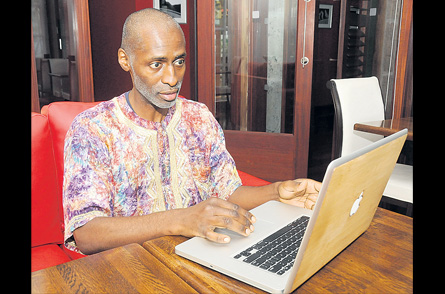 Jamaican-American computer programmer John Henry Thompson helped make today’s technology beautiful, bridging the gap between art and technology. As a graduate of both MIT and the Art Student League of New York, Thompson was the inventor of the Lingo programming language used in Adobe Director, which helps render visuals in computer programs.

Thompson also used Lingo in one of his better-known computer inventions, Macromedia™ (Now Adobe) Director, which is able to incorporate different graphic formats (such as BMP, AVI, JPEG, QuickTime, PNG, RealVideo and vector graphics) to create multi-media content and applications, thus combining computer programming language with visual art. Lingo is now used with many programs that have interactive simulations with graphics, animation, sound, and video. It has also been used to create flash and shockwave programs that now are prevalent in video games, web design, animation, and graphics.

Thompson has been dedicated to educating and inspiring the next generation of tech innovators as a former professor at New York University’s graduate Interactive Telecommunications Program (ITP), and as instructor at Drexel University.

The son of Jamaican parents who traveled from the UK to New York searching for a better life for their children, Thompson has also made great strides in giving back to the country of his parents’ birth. Thompson returned to Jamaica in 2012, where he also spent many years of his childhood, to lead a series of mobile apps development workshops under the Digital Jam 2.0 project. His vision for the program, said Thompson in a statement, was to “export an innovative software development strategy to enable Jamaican youth to prosper in the global internet knowledge economy.” For his innovations in the tech industry, as well as his dedication to mentorship, Thompson was awarded the Institute of Jamaica’s 2012 Musgrave award for Science.