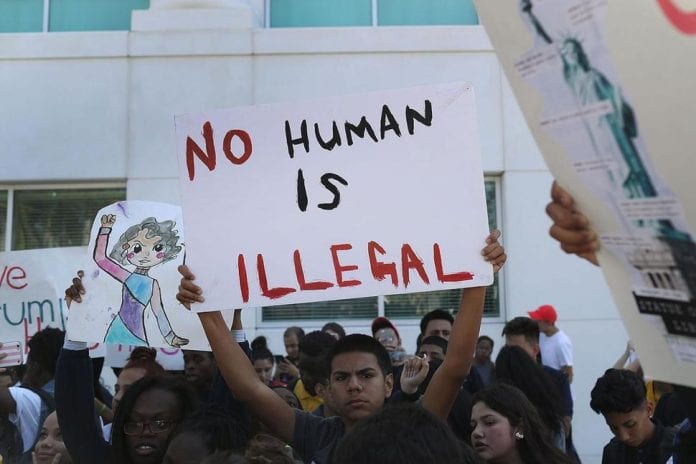 Learn More about Trumps Immigration policies by visiting our website at: www.Immigratetoday.com  and clicking on the Immigration Newsletter link.

Question: Dear Attorney, I just got married to my wife who became a US Citizen yesterday at her ceremony. How long do I need to wait before she can file my immigration papers for residency? Thank you.

Answer: Congratulations! There is no waiting period required before filing for your U.S. Residency. Your application can be filed the same day that you receive your stamped marriage license. However, before filing, you must be sure that you are eligible for adjustment of status in the U.S. and that you have the proper documentation required by the USCIS.

Generally, as long as you entered the U.S. legally (and have your I-94 card), or if Canadian have your passport stamped, you are eligible to adjust status to U.S. Residency. There are exceptions, however, including those who enter the U.S. on C/D crewman visas.

You will need to have Passport Photos taken of you and your wife and you will need to have a medical exam performed by a doctor designated by the USCIS to be included with the residency petition. The doctor’s office will provide you with your medical report in a sealed envelope. Be sure to request a copy of your medical report for your records and review it carefully to make sure that the form is properly completed and signed. Improperly completed medical exam and residency application forms cause delays in issuance of Work Authorization documents and USCIS processing of residency cases.

If you are preparing and filing the case yourself, be very careful to include properly completed immigration forms and mandatory documentary evidence to demonstrate your qualification for U.S. Residency, including an Affidavit of Support from your wife, along with her supporting financial documents including tax returns or IRS Transcripts, paystubs and a current employment letter. Be sure to use the most current version of the USCIS forms required as of December 23rd and ensure that you are paying the new filing fees, so your case won’t be rejected. I hope this was helpful to you. If you would like me to properly prepare and file your case for you, please come on in for a free consultation with me so I can explain the entire process to you in detail.