Two Caribbean-American women are contending against each other and three other male candidates to succeed Hazelle Rogers as Florida State Representative for District 95 in Broward County. Roxanne Valies of Surinamese ancestry, and Anika Omphroy of Jamaican and Haitian ancestry, are contesting the seat with Barrington Russell, current Jamaican-born Lauderdale Lakes mayor, Haitian-American Patrick Jabouin, Sr., and Lauderhill Democrat Robert Lynch. The five candidates will compete in the Democratic primary elections next August.

District 95, with an estimated 150,000 Caribbean Americans in the cities of Lauderdale Lakes, Lauderhill, Margate, North Lauderdale, Plantation, Sunrise and Tamarac, will prove very competitive for any Caribbean-American candidate.

Valies who officially launched her campaign earlier this month, was born in New York, but has been a South Florida resident for nearly 30 years. She says her primary reason for her campaign is “to give back to a community and country that has given me and my family so much over the years.”

“For me this call to service is personal,” says Valies. “It’s not okay some of us are doing well. For me, it’s about everyone getting a fair shake at the American dream.”

A former president of the Lauderhill Regional Chamber of Commerce, Valies said if elected, one of her priorities will be to advocate for legislation supporting small businesses. “Florida’s small businesses are the state’s largest employer, but these businesses face major challenges,” says Valies. “The small business sector need more support from the state.”

She also wants to secure a path to higher education for district residents. “I’m very concerned that 55 percent of adults over age 25 have only high school diplomas. People without opportunity to improve their educational standard are handicapped in obtaining good paying jobs.”

Anika Omphroy, also born in New York, has been living in South Florida since age 10. Engaged in the local Diaspora community, Omphroy chairs the PR Committee for American Friends of Jamaica’s Jamaica Charity Gala and previously produced the Caribbean
Music Showcase on 1170 AM in 2005. As the niece of outgoing Rep. Hazelle Rogers, Omphroy believes the district needs another strong representative “committed to the economic cause of the district, not someone seeking election just to profile as state representative. I want to get down and dirty, tirelessly working for, and being the voice of, the district.”

As current secretary of the City of Lauderdale Lakes’ Economic Development Board and former member of the Human Rights Board of Broward County, Omphroy also believes economic growth is the overwhelming priority. She wants to secure more jobs, especially for the youth, and push the general business development of the district. She will officially launch her campaign on May 7.

With only Democrats seeking to succeed Rogers, the victorious candidate will be elected to the Florida House in next August’s primary election.

CORRECTED: Changes have been made to the web version of this story to update credentials and statements from candidate Anika Omphroy. 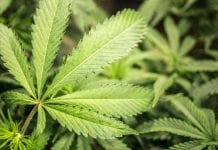 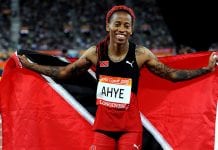