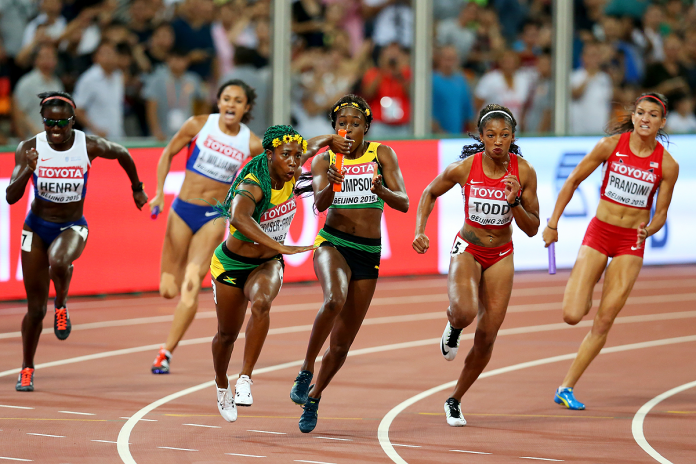 When the IAAF London World Championships kicks off on August 4 Athletes from the Caribbean are poised to in the medal count.

For the most part, all eyes will be on one man, Jamaica’s Usain St Leo Bolt. The King of Sprint.

Bolt not in the pink of form

Bolt, however, has not been in the pink of form this season. He has not taken to the track as often as he would in previous seasons, and only broke the 10 sec barrier once. His 9.5 sec win at the Monaco Grand Prix was his last outing before his London swansong. Indications are he will be hard pressed to stave off challenges from several athletes who would enjoy nothing more than to send him packing from the sport in defeat.

Among them is his perennial rival Justin Gatlin, who should be performing at his last major championships also.

Caribbean should be well represented

Bolt apart, the Caribbean should be well represented with 400 meters female runner Shanae Miller-Uibo in great form. Miller Uibo has been consistently good n the 400 meters and should also be a factor in the 200 meters. Her task in the 200m should be easier with the absence of Olympic champion Elaine Thompson, who opted out of the event. Still, she’ll have to pull out all the stops to get by Dutchwoman Dafne Schippers and company.

Based on her form this season, Elaine Thompson is the firm favorite for the women’s 100 meters sprint. Trinidad and Tobago’s Michelle-Lee Ayee has been knocking on the door for some time and could also be in medal contention.

The Caribbean also has a great chance of being represented on the podium in the men’s and women’s 110 meters hurdles. Omar McLeod, Hansle Parchment and rising star Ronald Levy are all in with a shot at the podium. Defending female world champion Danielle Williams cannot be ruled out despite the dominance of the Americans in this event.

The Caribbean should be well represented in the relays also and should medal in all four.