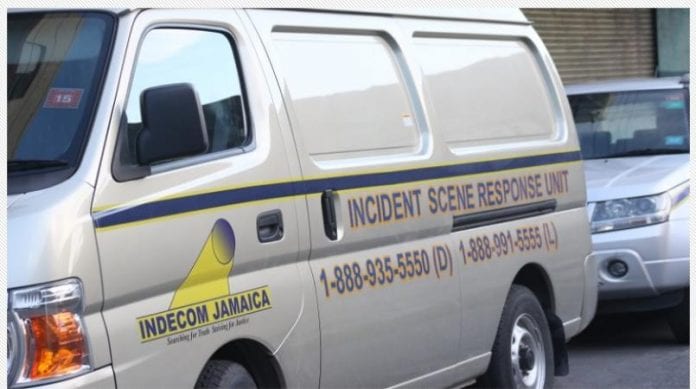 KINGSTON, Jamaica – The international human rights group, Amnesty International, has sent an open letter to Prime Minister Andrew Holness urging the Jamaica government to give the Independent Commission of Investigations (INDECOM) the powers to charge and initiate prosecutions of police officers over unlawful killings and other abuses of power.

In a statement Wednesday, Amnesty International said that the moves comes as Jamaica tables reforms to the law that governs its independent police oversight mechanism.

“As the world experiences a collective moment of outrage and grief over the police killing George Floyd and so many other Black people in the United States, the Jamaican government must take this opportunity to put an end to its own human rights violations by the police,” said Erika Guevara-Rosas, Americas director at Amnesty International.

“Jamaican families, like all families, deserve the kind of transformational police reforms and access to justice that people around the world are clamouring for to tackle institutionalized discrimination and impunity.

“We call on Prime Minster Holness to seize this historic moment to demonstrate Jamaica’s commitment to human rights and safeguard its progress in holding the police to account. The government must protect the Independent Commission of Investigations’ powers to arrest, charge, and initiate prosecutions of officers, which have resulted in a halving of fatal killings by the police since 2014” Guevara-Rosas added.

Amnesty International said it has reported on unlawful killings by police in Jamaica for more than two decades.

The organization’s 2016 report, Waiting in Vain: Unlawful police killings and relatives’ long struggle for justice, detailed how Jamaican young men, especially those in marginalized and disenfranchised neighbourhoods, have been scarred by unlawful killings by the police, while their relatives, particularly mothers and sisters, are left to face a long struggle for justice, as well as frequent intimidation and harassment by the police.

The report also found that INDECOM has overhauled the country’s system for police accountability for the better since it was established in 2010.

Amnesty International using INDECOM figures, said that the number of killings by police halved from 258 in 2013, the year that INDECOM began to arrest and prosecute officers, to 115 in 2014.

Last year there were 86 fatal police shootings, the lowest total in almost 20 years.

“In the decades before INDECOM was established, only a handful of police officers were convicted of criminal wrongdoing. In contrast, since 2014 INDECOM has secured 21 convictions against law enforcement officials for criminal misconduct,” Amnesty International said in the statement.

It said that a motion to amend the INDECOM Act was tabled after Jamaica’s highest court of appeal, the Judicial Committee of the Privy Council, held that Parliament in drafting the INDECOM Act explicitly gives the Commission an investigative role but did not also explicitly confer on it the powers to prosecute, as it had been doing since 2014.

“Following the judgement Jamaican Parliament must now determine what powers it wishes to give INDECOM in law. In 2015, a Parliamentary Committee recommended giving INDECOM powers institute and undertake criminal proceedings, but until now the government has not implemented these recommendations,” Amnesty International said.