Burma Road Riot in the Bahamas

On this day in Caribbean history, June 1st, 1942, many local political historians believe that this day marked the beginning of the modern political history of the Bahamas, The Burma Road Riots. The 1942 riot in Nassau was a short-lived impulsive outburst by a group of disgruntled laborers, and occurred against a background of narrow socio-economic and political policies.

The events of the Burma Road Riots came as a result of the agitation by natives wanting equal pay for equal work, regardless of color or nationality. Two rioters were killed by British troops, more than 40 people injured and over a hundred arrested, but those unprecedented events also led to long overdue reforms. The events in Bahamian history that played a significant role in shaping the modern Bahamas we experience today was what lead up to emanating from Majority Rule.

Randol Fawkes, the fiery Bahamian nationalist and labor leader who died in 2000 was the most popular black politician of his time, and in 1958 he was charged with treason for making a speech at Windsor Park. Later acquitted, he continued his union activities and helped tip the balance in favor of the PLP (Peoples Labor Party) after the 1967 general election. Burma Road has been described as the first sign of a popular movement in the Bahamas. And in his 1988 memoir The Faith that Moved the Mountain, Fawkes attributes the birth of the labor movement to the 1942 riots: “As long as Fort Fincastle rests on that immovable rock in our capital city,” he wrote, “parents shall tell their children, and their children shall tell their own of the saga of Burma Road.”

The construction of a satellite airfield being built in western New Providence for use by the American armed forces lead to a labor dispute over equal pay which took on a life of its own and became closely interwoven with the movement for social justice. Today that site is the Lynden Pindling International Airport. It is clear that from the first stirrings of political activity in the country, labor has been an integral part of the struggle. In those days it was illegal for workers to “combine” or unionize against their employer. But when the airfield project began mopping up some of Nassau’s unemployment, two proto unions came together to form the Bahamas Federation of Labor, which Fawkes later led.

After this, changes were implemented and in 1962 the first Friday in June was celebrated as labor day, a public holiday, by some 20,000 Bahamians, with Randol Fawkes as the main leader. 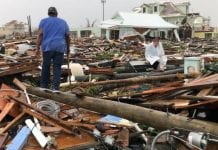 Hurricane Dorian Damages in The Bahamas Estimated at $3.4 Billion 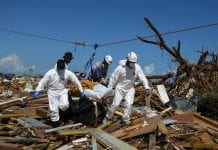 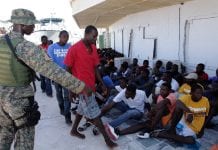