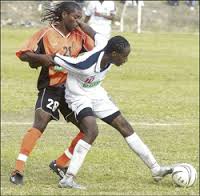 Davis who’s an experienced football player made his debut with the Reggae Boyz in 1995 against Canada. Fabian captained the Jamaica National Beach soccer team that failed to advance to the semi-finals of the CONCACAF championships, following narrow losses to defending champs, El Salvador, and tournament hosts Mexico. Fabian Davis has the distinction of being the only player to gain the ‘Most Valuable Player’ and ‘Player of the season’ award for two separate premier league teams.

On June 18, the President of the Jamaica football federation welcomed Davis to the technical staff of the Federation and committed all available resources to assist him in conducting his duties.