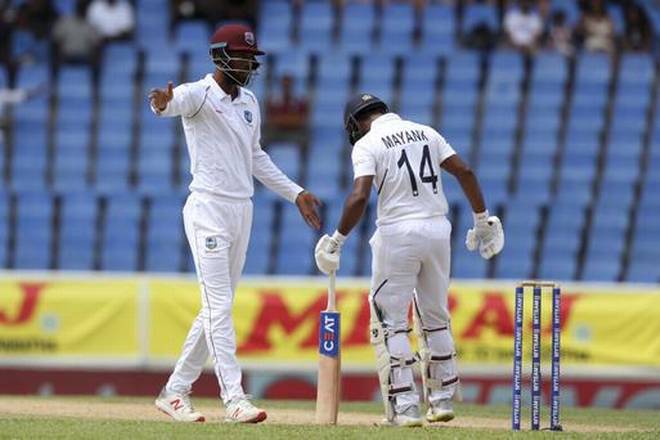 KINGSTON, Jamaica, CMC – Seven days after a heavy 318-run drubbing in the opening Test, West Indies will try to pick up the pieces and turn the tables on India when the critical second Test bowls off at Sabina Park in Kingston, Jamaica on Friday.

Other than optimism, however, there is not much to suggest that West Indies can lift themselves and produce a performance worthy of beating India and levelling the two-match series.

In Antigua last week, their batting left a lot to be desired, folding for 222 and then embarrassingly for 100 – their sixth-lowest total ever against the Indians.

And seamer Kemar Roach apart, the Windies attack lacked penetration and India’s second innings of 343 for seven declared was testament to the little threat the bowling carried.

But a composed captain Jason Holder assured reporters on Thursday there would be no hangover from the Antigua debacle.

“The guys are really up for it. We were obviously disappointed with the performance in the last game and this is just another opportunity for us to come and level the series,” he said.

“There is no point playing it tentatively or halfheartedly, we’ve got to come and put on a really good show. It’s something we’ve done well in the past, we tend to respond well when we’re under pressure.

“So I expect the guys to be up for this challenge and hope we can play a really good game of cricket.”

A major area of concern remains the Windies batting. Not a single batman managed a half-century in the opening Test, and Roston Chase’s 48 in the first innings was the best effort on show.

“Every time I call on them they just come and give a massive effort and it’s always in a very good cause for the team. Hopefully, we can continue to keep our pacers firing and hopefully get 20 wickets in this Test match.”