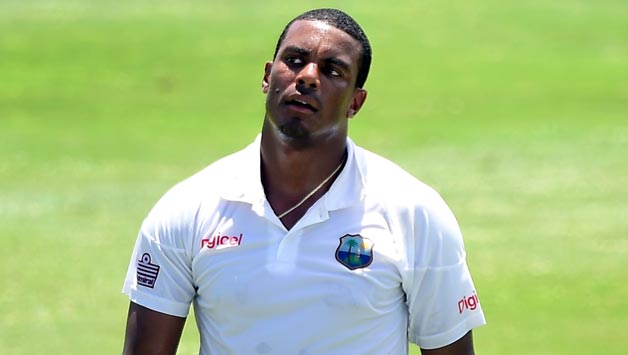 West Indies fast-bowler, Shannon Gabriel, has come in for praise from veteran cricket administrator, Lockhart Sebastien, for his generosity in giving towards the hurricane relief efforts in Dominica.

Sebastien, a Dominican who is also a former West Indies cricketer, said Gabriel made a substantial contribution before he left for the two-Test tour of Zimbabwe last Monday.

“I want to make a special mention [of] Shannon Gabriel. I met him last week and he said to me, ‘Sebo, I need to give you some things to take home because things are rough.’ I told him no problem,” Sebastien recounted.

“On Sunday he came to the Brian Lara Stadium and he opened his vehicle and I asked him which box should I take. He looked and me and said ‘everything.’

“In it were two brand new generators and maybe US$1,000 of stuff and I said to myself people look at cricketers and say they are greedy. This is a guy with a kind heart … I didn’t ask him for anything and he brought all this stuff and you have to congratulate people like that.

“I was stunned by his contribution. I must mention that Gus (Logie) made a contribution as well.”

There was also damage to the country’s lone Test venue, Windsor Park, which has hosted five Tests over the last seven years, including a thrilling finale to the Pakistan series last May.

Sebastien, a former Windward Islands player, said the situation in Dominica remained grave and any assistance would be welcomed.

“Some people will not be able to survive this and it could take a long, long, time to recover,” he said.

“If you visited Dominica before the hurricane and return now you would wonder if it is the same place. Dominica was a country that had so many trees. It looks like some army men came and decided to bomb the place.

“All our agriculture is gone and I fear we will be living very unhealthy in Dominica because our supermarkets were destroyed and we don’t know what we will eat.”