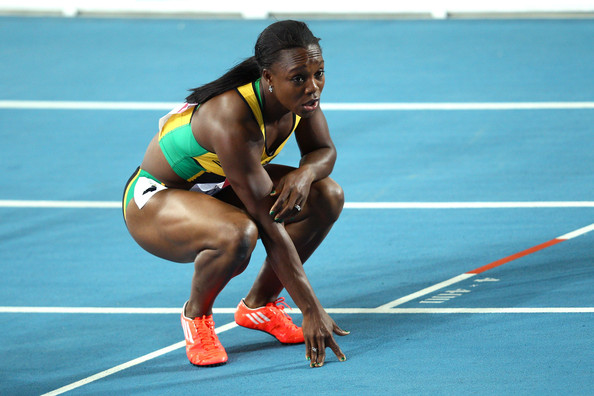 Veteran female sprinter, Veronica Campbell-Brown, has withdrawn from the Jamaica Athletics Administrative Association (JAAA) National Senior Championships following her failure to show up for the first round of the women’s 100 meters on Thursday’s first day of the four-day event at the National Stadium.

Campbell-Brown posted on her social media page Twitter that she was feeling pain in her right knee and confirmed that she will not participate in the remainder of the championships, which was organised to select the team for the IAAF World Championships in London later this year.

Campbell-Brown is the third fastest woman over 100 meters in the world so far this year after running 10.84 seconds at a meet in Montverde, Florida on June 10 and appeared set to qualify for her sixth World Championships.

Campbell-Brown was not the only casualty on the first day as Commonwealth Games champion Kemar Bailey-Cole pulled up injured in his first round 100 meters race while Kerron Stewart also failed to show up at the start of her 100 meters race.