The Oval Makes Return to Windies Itinerary for 2020 Series 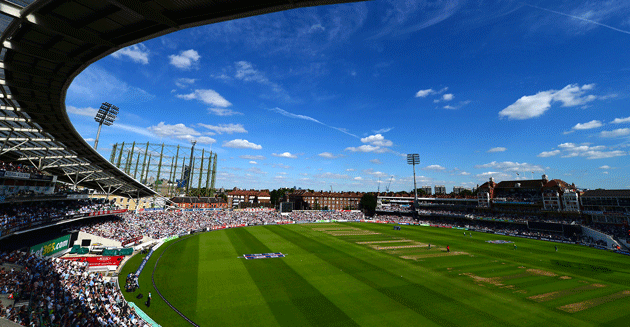 LONDON, CMC – The historic Oval will make a much-anticipated return to West Indies’ itinerary for their three-Test tour of England next year.

The south London venue will play host to the opening Test on June 4, with the second Test bowling off eight days later at Edgbaston, and the final match set for Lord’s starting June 25.

West Indies have not featured in a Test at the Oval in 15 years, meaning they have been absent from the storied venue for their last four tours of England, and CEO of Cricket West Indies, Johnny Grave, welcomed its return.

“The Oval, due to the location in London, was seen by many as the spiritual home for West Indies cricket fans living in the United Kingdom,” said Grave.

“For decades the fans celebrated their team’s success and dominance on the world stage and came out in large numbers to support their cricketing heroes.”

The Oval, in the heart of large West Indian community, has always seen overwhelming support for the Caribbean side.

And it has always held a special place in Caribbean cricket folklore ever since left-arm spinner Alf Valentine and off-spinner Sonny Ramadhin bowled West Indies to victory in the fourth Test of the 1950 tour, to record the visiting side’s first-ever Test series win in England.

The Oval was also the theatre for Sir Vivian Richards’ sparkling career-best 291 in 1976 which inspired a 231-run victory and a 3-0 win in the five-match series.

Graves said it was important to rekindle these memories as West Indies tried to build on their success against England in the Caribbean earlier this year.

“As we prepare to defend the prestigious Wisden Trophy, which we won so spectacularly earlier this year, it’s indeed great to see we are making a return to the Oval, one of the iconic venues in world cricket,” he said.

“Over the years we have seen some amazing performances by West Indian players at this ground – Viv Richards with 291 and Michael Holding with 14 wickets back in 1976 – and it would be great for our young, emerging team to also write their names in the history books next year.”

West Indies, however, have not won at the Oval in their last four visits – losing three of those Tests.