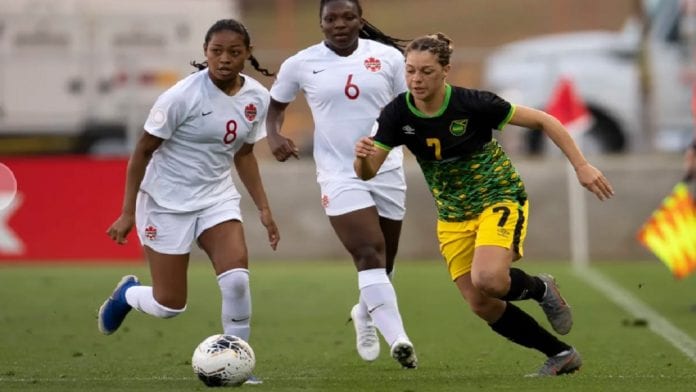 KINGSTON, Jamaica – Jamaica’s Reggae Girlz will miss out on competing at this summer’s Tokyo Olympics after suffering a 9-0 defeat to Canada on day two of Group B action in the 2020 Concacaf Women’s Olympic Qualifying Championship at the HEB Park in Edinburg, Texas on February 1.

In order to qualify for the Olympics, the Reggae Girlz needed to win against Canada to qualify as one of the semi-finalists in the Championships. The two semifinal winners will represent Concacaf, which covers North and Central America and the Caribbean, in the 12-team field at this summer’s Tokyo Olympics.

The Reggae Girlz’ loss means that Jamaica now sits third in the four-team group, without a point, behind Canada and Mexico, which are locked on six points apiece.

Following the loss, Reggae Girlz coach, Canadian-born Hubert Busby Jr., called for patience as it related to Jamaica’s women’s football program. “We have to be realistic, in some aspects we are close to 20 years behind in the development of women’s football. We have made tremendous strides to get to what we have been able to do in the last five years,” Busby told the SportsMax Zone.

“These are building blocks. You want a sustainable women’s program that is going to be able to compete for CONCACAF and World Cup and Olympic berth for years and that is what we are building,” he added.

The Reggae Girlz will wrap up their campaign on February 4 against St Kitts and Nevis to determine the minor placings.