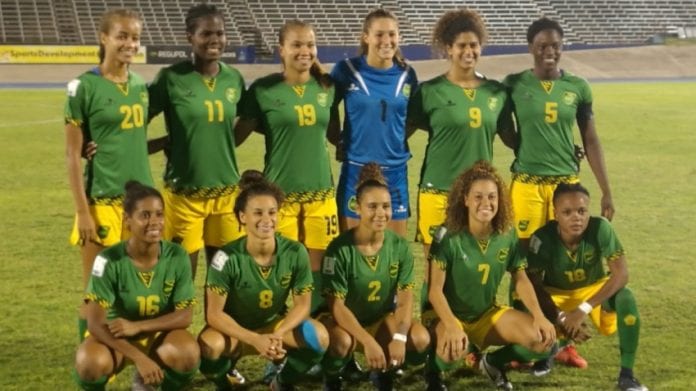 KINGSTON, Jamaica – Despite having not prepared for the match, the Reggae Girlz defeated Cuba 12-1 in their Concacaf Women’s Olympic Caribbean Qualifying campaign yesterday at the National Stadium in Kingston.

Training for the campaign was stalled due to late payments from FIFA and the Jamaica Football Federation (JFF) which caused the players to strike. Assistant Coach Lorne Donaldson also said that he had to wait for the players that were available before they could move forward.

The Reggae Girlz, however, put on a stellar performance in their first Olympic qualifying game.

Cheyna Matthews led the way with four goals — in the 20th, 31st, 62nd and 69th minutes — while Tiffany Cameron secured a brace in the 38th and 53rd minutes.

Deneisha Blackwood (4th), Trudi Carter (14th), substitutes Reilly Paterson (72nd) and Tarania Clarke (78th) and Dominique Bond-Flasza (88th) got one apiece, while the other was an 80th-minute own goal by Yarisleidy Mena Novo.

Yoana Calderon got Cuba’s consolation in the 55th minute. The last two times that Jamaica faced Cuba, they defeated the team 6-1 and 9-0.

The win pushed the Girlz to the top of Group B on three points and a healthy goal difference ahead of Barbados, who defeat St Lucia 3-2. Jamaica will face Barbados next on October 4 in Kingston.

The qualifiers are set for September 30 to October 8. Jamaica will face off against Cuba, St Lucia, Barbados and the US Virgin Islands in Group B. The group winners will move on to the Concacaf final round.