President of the Jamaica Football Federation (JFF) Captain Horace Burrell has blasted the Reggae Boyz for lack of effort following their 3-0 loss against South Korea in Seoul on Tuesday. Burrell argued that though the team was struggling from injuries, the replacements of fringe and local-based players were not up to standard.

Though selection of teams is the primary responsibility of Head Coach Winfried Schaefer and his technical staff, Burrell made it clear that such a rendition, like that exhibited by some players during the match will no longer be tolerated and the coaching staff will have no option but to omit such players from future engagements.

Goals from Ji Dongwon in the 35th minute, Captain Ki Sungyueng in the 57th, and Lee Jaesung in the 63rd carried the hosts to a dominating victory over a Reggae Boyz band which struggled to keep possession of the ball with any degree of consistency while creating a number of juvenile errors. 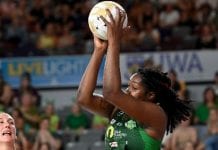