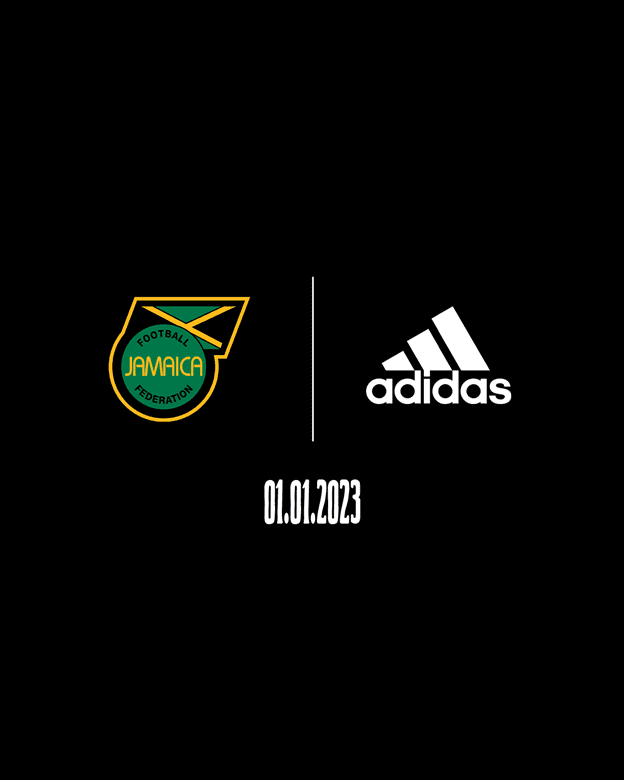 The partnership, which is built on cultivating and supporting talent and the joy that football can bring, will include major tournaments such as the 2023 FIFA Women’s World Cup, the 2024 Summer Olympics and the 2026 FIFA World Cup.

“We are incredibly proud to announce this unprecedented partnership with adidas and are looking forward to achieving great things together,” said JFF president Michael Ricketts.

“The partnership will support the JFF’s efforts to develop Jamaican football at all levels and will facilitate further success at the professional level in the years to come. The JFF is now a part of the adidas portfolio of international federations, joining giants such as the DFB (Germany), RFEF (Spain), AFA (Argentina), FIGC (Italy), and the RBFA (Belgium).”

Nick Craggs, general manager for adidas Global Football, said: “We’re delighted to be announcing this long-term partnership with the Jamaica Football Federation. The country´s potential on the pitch – of which the consecutive World Cup qualifications of the Women´s team is a testament – along with the richness and global relevance of its culture, which resonates far beyond football and Jamaica´s borders, make it a great fit to join our adidas international Federations family.

“We look forward to celebrating many achievements together while contributing to the progress and future of Jamaican football at all levels of the game.”

Meanwhile, Marlon Gilbert-Roberts, CEO of Business 2 Sports Group, who was one of the architects of this historic deal alongside sports lawyer Jonathan Himpe and Fitzroy Simpson, said: “The past doesn’t equal the future, and the future of Jamaican football is looking bright. The JFF adidas partnership represents a unique opportunity for renewal and rebuilding on a strong foundation. It is fitting that this announcement is made on the day we celebrate our 60th year of Independence.

And Cedella Marley, CEO of the Bob Marley Foundation and Football is Freedom, noted that “this partnership, coming on the heels of the Reggae Girlz’ consecutive World Cup qualifications, confirms that Jamaican football is a worthy investment. Having adidas on board at this crucial stage is a great boost overall; from our grass-roots development straight through to our competition at the highest levels of the game.”