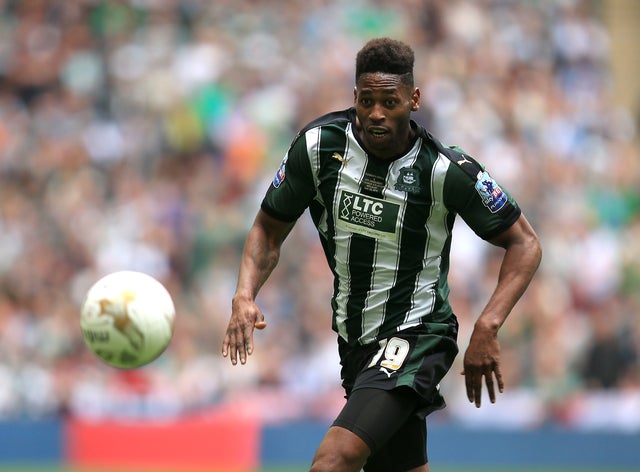 Jamaican striker Jamille Matt bagged a hat-trick as Forest Green Rovers hit back to win 4-1 at Scunthorpe United in an English League Two match at Sands Venue Stadium on Saturday.

Aaron Jarvis gave the home side a ninth-minute lead but Matt, 30, responded by levelling in the 24th minute before giving the visitors a half-time lead with a second in the 32nd minute.

Matt, who joined Forest Green from rivals Newport County in the summer, completed his hat-trick in the 83rd minute with his fourth goal of the season.

Matt Stevens, who replaced Matt in the 87th minute, rounded out the scoring with his fourth goal in as many games deep into added time by slamming in from the edge of the box.

The victory lifted unbeaten Forest Green, one of the early favourites for promotion, four places to sixth in the table.

After the visitors were caught cold early, Matt had a goal ruled out when the ball appeared to cross the line, but he pounced for the equaliser after the ball fell to him from strike partner Aaron Collins.

Eight minutes later the experienced forward helped himself to a second, nodding in a teasing Nicky Cadden corner.

Scunthorpe flickered to life after the break, goalkeeper Luke McGee saving well from Abou Eisa, but Rovers responded with captain Carl Winchester hitting the bar from an audacious strike from the halfway line.

Matt completed his hat-trick with seven minutes to go, fizzing in from an Ebou Adams assist.