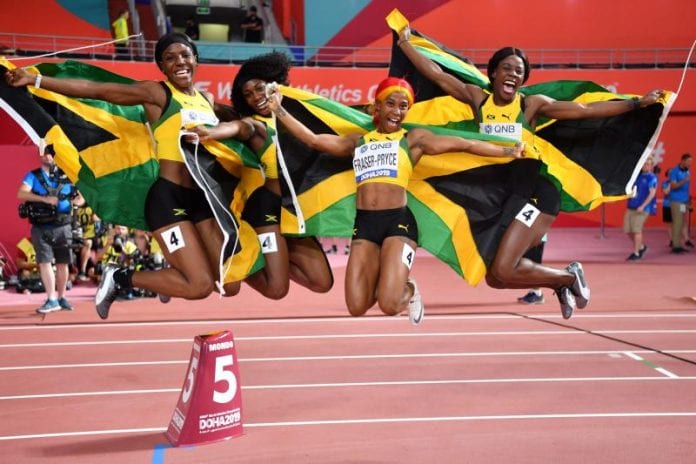 The veteran 32-year-old, who picked up another 100 metres title here last Sunday, motored down the backstretch to create a crucial advantage for the Caribbean side before quarter-miler Shericka Jackson brought the baton home in a world-leading 41.44 seconds.

“I am really excited for Team Jamaica and our ladies. I think it speaks volumes especially going into [the] 2020 [Olympics],” Fraser-Pryce said after the blistering run on the penultimate day of the championships here.

“There [are] so many things that can happen at a championship, so we want to make sure all our ladies are ready; no matter who you call on we’ll be ready.”

She added: “This success did not come without hardship and pain and sacrifices. There are so many things that have happened on this journey.”

Natalliah Whyte ran a strong first leg and handed over to Fraser-Pryce who then produced a scintillating run, after being pitted against Britain’s Dina Asher-Smith.

Jonielle Smith, the 100 metres finalist, maintained Jamaica’s advantage on the third leg before Shericka Jackson, the 400 metres bronze medalist, sealed the win while being chased by Darryl Neita of Britain.