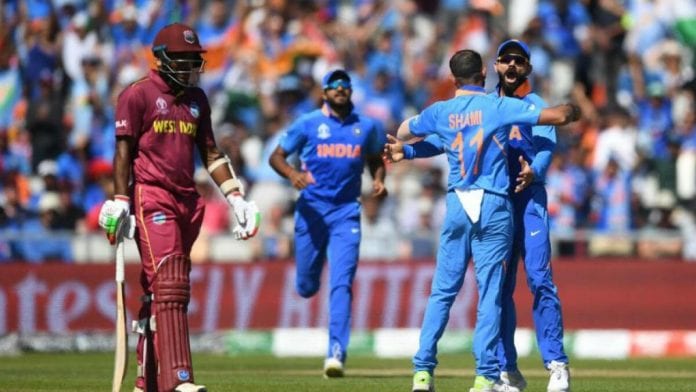 FORT LAUDERDALE, Florida, CMC – World champions West Indies were left to rue another dismal batting effort as they slipped to a four-wicket defeat to India in the opening Twenty20 International of the three-match series on Saturday.

In a scrappy, low-scoring affair on a two-paced pitch at the Central Broward County Stadium, West Indies could only muster a paltry 95 for nine off their 20 overs – their fifth-lowest total in the shortest format – punctuated with 79 dot balls.

Veteran Kieron Pollard top-scored with a run-a-ball 49 while Nicholas Pooran sparkled briefly in a 16-ball 20 but no other West Indies batsman reached double figures.

Man-of-the-Match Navdeep Saini bowled brilliantly on debut to claim three for 17 while fellow seamer Bhuvneshwar Kumar supported with two for 17.

In reply, India was forced to labour, losing wickets at regular intervals before reaching their modest target in the 18th over with 16 balls remaining.

Rohit Sharma top-scored with 24 at the top of the order while captain Virat Kohli and Manish Pandey both scored 19 but failed to carry on.

Off-spinner Sunil Narine, in his first outing for West Indies in nearly two years, was superb in taking two for 14 from his four overs while seamers Sheldon Cottrell (2-20) and Keemo Paul (2-23) finished with two wickets apiece.

Not for the first time, West Indies found themselves hampered by a lack of enterprise from their batsmen and eventually needed Pollard’s experience to dig them out of a hole at 33 for five in the sixth over, after Saini helped rip through the top order.

Left-hander John Campbell, playing in only his second T20 International, perished without scoring to the second ball of the contest when he picked out Krunal Pandya on the ropes at mid-wicket with off-spinner Washington Sundar.

And his opening partner Evin Lewis followed in the next over also without scoring, bowled missing a heave at a slower one from seamer Bhuvneshwar Kumar.

Tottering on eight for two, Pooran counter-attacked with a four and two cleanly struck sixes, as he looked to transfer pressure back to India.

However, he had just cleared the straight boundary with Saini two balls earlier when he attempted another big leg-side shot but succeeded only in top-edging a catch to wicketkeeper Rishabh Pant in the fifth over.

Left-hander Shimron Hetmyer lasted one delivery, chopping on a defensive stroke to Saini and when Rovman Powell (4) edged a drive at a wide one from left-arm seamer Khaleel Ahmed, West Indies were in strife at 33 for five.

Pollard and captain Carlos Brathwaite (9) then came together to add 34 for the sixth wicket – the best stand of the innings – but the partnership was a slow one needing 50 balls and West Indies were labouring on 45 for five at the half-way point.

In his first T20 International in nine months, Pollard played sensibly, striking two fours and four sixes. He started slowly, gathering just four runs from his first 17 balls before getting his first boundary by edging left-arm spinner Pandya to the third man.

He then hammered sixes off left-arm spinner Ravindra Jadeja, Krunal and Saini, as he attempted to raise the run rate.

Brathwaite, who faced 24 balls without hitting a single boundary, perished in the 15th over when he slapped a return catch to Pandya and Sunil Narine followed for two in the next over, pulling Jadeja into the deep where Khaleel snared a great running catch.

Keemo Paul chanced his hand and fell to the first ball of the penultimate over for three and Pollard, seemingly set for his third T20 International half-century but first in seven years, departed in the final over when he missed an ordinary thigh-high full toss and was adjudged lbw to Saini courtesy of DRS.

India was set back early in their chase when left-armer Cottrell trapped Shikhar Dhawan lbw for one in the second over with the score on four but Rohit and Kohli steadied the innings in a 28-run, second-wicket stand.

However, Narine struck twice in the seventh over, having Rohit caught at long-on by Pollard and then removing Pant first ball, taken at deep square by Cottrell.

Kohli and Pandey quelled the Windies’ hopes in a 32-run, fourth-wicket stand which appeared to put the visitors on the path to a comfortable victory. But India stumbled yet again, two wickets falling in the space of 14 balls with just five runs added, to leave them struggling on 69 for five in the 14th over.

Pandey missed a heave at Paul and lost his off-stump while Kohli top-edged a pull at Cottrell and was taken at mid-wicket.

Again with hope renewed, West Indies pressed for more wickets but got only Pandya’s for 12 as India limped home. 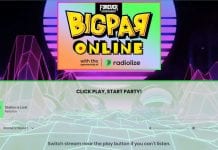