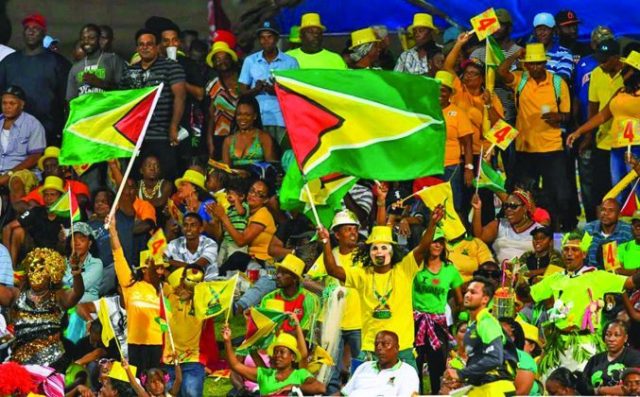 GEORGETOWN, Guyana, CMC – Caribbean Premier League organizers have struck a deal with the Guyana government which will see the return of the playoffs on the island for a second straight year.

The playoffs comprise two games – the eliminator between the third-placed and fourth-placed teams, and qualifier one involving the top-of-the-table side after the preliminaries against the second-placed side.

Both matches are scheduled for October 6 at the Guyana National Stadium.

“We are blessed to get to bring games to Guyana where the fans are out of this world,” said CPL’s chief operating officer, Pete Russell.

“The playoff matches were a huge success last year, and with the games being a double-header there will be even better value for supporters as they will get to see two games between the four best teams on one day.

“We know the support we will get from Guyanese fans, at both the group games and the playoffs, will be second to none.”

The two games will bring to seven the number of CPL matches staged here during the 2019 campaign after Guyana Amazon Warriors played three of their home games here at the start of the tournament.

They have two remaining games here on October 3 and 4 against Jamaica Tallawahs and two-time reigning champions Trinbago Knight Riders.

“We are very pleased to have the Caribbean Premier League returning to Guyana in 2019. The tournament has made a huge impact, showcasing our beautiful country to viewers around the world as well as creating jobs locally,” said Joseph Harmon, Director General in the office of the Guyana Presidency.

“We are delighted that the proud and passionate Guyanese cricket fans can look forward to this world-class spectacle this season. With seven matches, including the two crucial playoff games, Guyana will be at the heart of the tournament in 2019.”