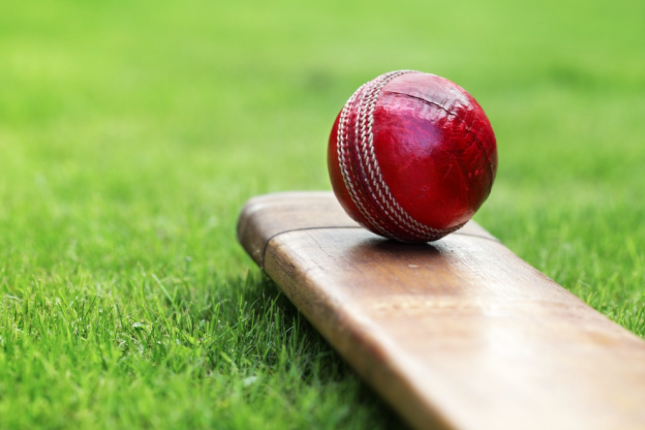 Guyana and India won the second round of matches in the City of LauderhillT20 Intl. Night Cricket Tournament this past Saturday at the Lauderhill Sports Park.

But the large crowd went a buzzing when former West Indies and Guyana captain Ramnaresh Sawran joined the pitch. Sarwan who made his international debut in 2000 against Pakistan in Barbados, played 87 tests, 181 ODIs and 18 T20s for the West Indies, was in town to participate in Sunday’s Legend of Cricket exhibition match at the Central Broward Regional Park. But Sarwan couldn’t fail to appease his South Florida fans with another showing, joining the Guyanese side for a round. And he didn’t fail to entertain the crowd, as spectators were delighted with a thrilling innings of 23, including two fours and one six. Sameer Khan and Akeem Charles contributed 14 and 13 respectively. Bowling for Pakistan, Rajesh Shurrma was the pick of the bowlers claiming 4 for 20, whilse Hassan Syed took 1 for 14, Rana Adil 1 for 28 and Zishawn Qureshi 1 for 40.

Meanwhile, Team India rolled over Combined Islands by 6 wickets in the third match. Winning the toss and electing to field, India restricted Combined Islands to 128 for 8 in the allotted 20 overs. Kenier Irvin slammed 35, which included two fours and three lofty sixes, while veteran Joey Pierre provided valuable assistance with 20 not out. Other contributions came from Alderman Lesmond, who scored 22, Swayne James 11 and Aston Dennis 10. Bowling for India, Sreeram Nimmala and Arun Parekh both bagged 2 for 22 and 2 for 24 each. In reply, Justin Holder led the charge for the India, slamming 38 from 18 balls highlighted by fours and two sixes. Opener Sarosh Siddiqui ended on 35 not out, featuring four fours and one six and Girish Gopalkrishnan chipped in with 22. Bowling for Combined Islands, Aston Dennis took 1 for 14, Joey Pierre 1 for 23 and Antoine Charlery 1 for 29.

Next group of matches are scheduled for this Saturday, March 12, starting 5 p.m. with Pakistan v. Trinidad & Tobago and Jamaica v. India at 8 p.m.