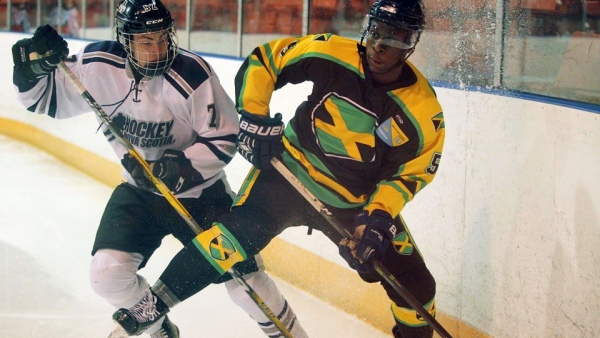 SOUTH FLORIDA – The Jamaican Olympic Ice Hockey Federation wants Jamaicans and hockey fans from all over South Florida to come out and support the team in their first-ever international tournament.

The tournament will be played at the Florida Panthers ice den located at 3299 Sportsplex drive in coral springs, Florida. Jamaica’s first game is Friday, September 6th at 1:30 pm against team Colombia and admission is free. They will also play on Friday at 9:00 pm., and two games on Saturday, September 7 at 3:00 pm and 7:00 pm.

For the first time in Jamaica’s history, the country will ice a senior men’s ice hockey team to compete for the Amerigol-Latam cup in coral springs, Florida, USA, September 6, 7, 8 2019.  In 2014, Jamaica was granted associate member status in the international ice hockey federation (IIHF).

To become a full member of the IIHF, Jamaica must construct an ice arena facility in the country, an endeavor that the governing body of Jamaican ice hockey has been working together with the government of Jamaica for a number of years.

Jamaica has had much success with their under 20 program winning tournaments in Toronto, Ontario and an exhibition series in Halifax, Nova Scotia in 2015 against the best under 20 players in that province. This team is known for playing a popular high tempo style of game with speed, skill and energy in true Jamaican sporting fashion. much like their bobsledding partners, Jamaican ice hockey players prove to be very popular with spectators in every arena they play in!

Jamaica has now been invited to compete in this international tournament to play against Latin American countries at the senior men’s level. Jamaica will play in the first division against Venezuela, Colombia, Mexico, Chile, Brazil, and Argentina. Players of Jamaican citizenship and/or decent attended an evaluation camp in Toronto this spring. Players from Canada, USA, and the United Kingdom were evaluated vying for a position and a rare opportunity to represent Jamaica on the ice. Some of the young men from the under 20 team will make up the roster of the men’s team traveling to Florida. Final team selections are currently underway.

The team is now seeking corporate and private sponsorship to assist with travel costs, expenses, equipment, and accommodations.

For further information on the team & tournament, please check these links: https://www.amerigolhockey.com/ or https://joiht.org/.

The team looks forward to strong support from the local Jamaican community and invites everyone out to enjoy the fastest sport on ice – Jamaican style!