When Rajiv Maragh takes the track astride Irish War Cry in the Kentucky Derby at Churchill Downs Saturday, he won’t be short of fans.

Forty of his family and friends are making the trip to Louisville to cheer him in on in the Run For The Roses. Leading the pack will be his father Colin Maragh.

Maragh senior, 55, believes his eldest son has an outstanding chance of winning his first derby in five attempts.

“This one looks like the right one; he definitely has a good shot once he has a good draw an’ some luck,” he said.

Irish War Cry is coming from the 17 draw which some pundits argue gives him an advantage as he will not be in the early jostle.

Colin Maragh, a former jockey, expects the colt to come off the pace in the ten-furlong race.

“He has a running style that suits this journey. He can either sit mid-pack or close in the stretch,” Maragh said.

Now a trainer on the US East Coast, Colin Maragh has saddled winners in New York, New Jersey, Florida, Pennsylvania, Delaware and Florida.

Two of his three sons are jockeys. Shamir rode mainly on the New Jersey circuit but has been sidelined due to weight problems.

Rajiv is one of the US’ top jocks with over 1,600 winners. His mounts have earned more than $87 million since he started riding in 2003.

He had a life-threatening fall at Aqueduct in July 15, suffering extensive injuries that put him out of racing for sixteen months.

“A lotta people never expected him to ride again, even he’s surprised that he’s back. It’s what he loves, it’s his passion,” said the elder Maragh, who lives in New Jersey.

Like his son, Colin Maragh was born in Kingston, Jamaica’s capital. He started riding at Caymanas Park, the country’s only racetrack, in 1981 and rode over 165 winners in a 15-year career. 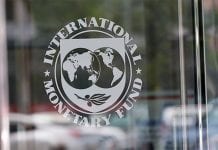 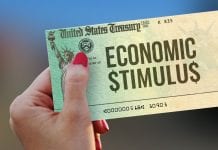 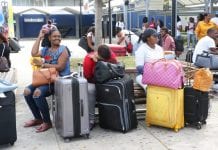