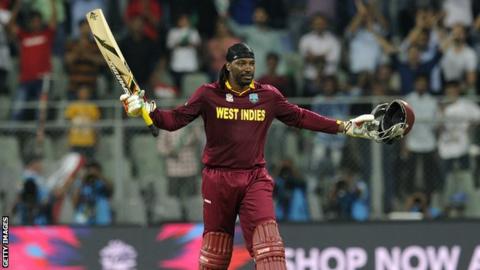 The 40-year-old batsman is currently playing for Chattogram Challengers in the Bangladesh Premier League (BPL). In an interview with Dhaka, Gayle said that he sees himself giving five more years to the sport.

“A lot of people still want see Chris Gayle out there in the middle. I still have that love for the game and that passion for the game as well. And I would love to carry on as long as possible”, he said.

“Even in franchise cricket, I am still playing a few games here and there around the globe because I still feel I have a lot to offer. The body is feeling good. And I am sure I am getting younger as days go on.”

As to how long he might want to carry on, Gayle, who turned 40 in September, joked that he could keep going for five more years.

In February 2019, 40-year-old batsman announced his retirement from One-Day Internationals (ODI) in February but reversed his decision after the World Cup. Gayle has not played an ODI since his 301st game for West Indies against India in August 2019.

He did, however, indicate that he is available for this year’s Twenty20 World Cup in Australia from October 18 to November 15.

“The door is open for a chance. Let’s see what happens,” Gayle said when asked about selection for the World Cup. “We’ll see what happens. We have some bright youngsters ahead of you as well. I will leave the options open to hear back from [the selectors].”