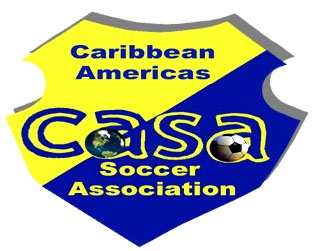 CASA tryouts for Under 20 teams will take place on Mondays and Wednesdays over the next two weeks at the Lauderhill Sports Park located at 7500 Oakland Park Blvd in Lauderhill. High school students and under 20 players are invited to participate.

The soccer teams confirmed for the Annual Youth Classic that will take place from Wednesday December 13 to Sunday December 17, 2017 at the Lauderhill Sports Park in Lauderhill are:

*waiting to be confirmed is Peru Under 20

The CASA 2018 Super and Master League football competition begins in January and will also take place at the Lauderhill Sports Park in Lauderhill.

CASA is a non- profit organization based in Lauderhill, Florida, and its primary mission is to link South Florida’s soccer to the rest of the world by developing all aspects of the sport, including children’s talent, and exposing the community to the highest level of the game.

CASA launched its soccer and scouting program as an outreach to youths, coaches/scouts and families with a view of teaching children life-long values of sportsmanship, provide exciting competition, and at the same time exposing and affording boys the ability to showcase their skills and talents. Once the event concludes, the youths are given a chance to participate in a rich cultural exchange.