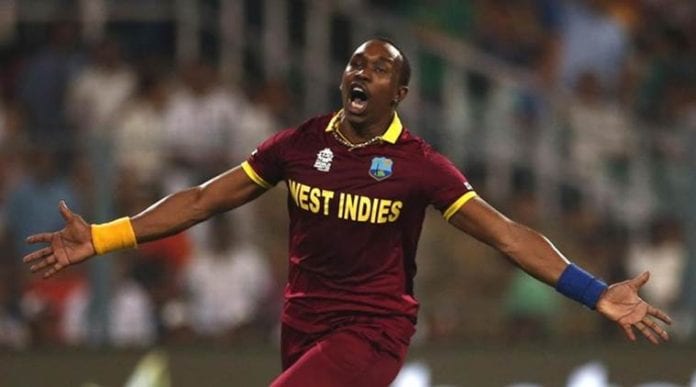 CHENNAI, India (CMC) — Veteran all-rounder Dwayne Bravo has finally confirmed his return to international cricket, announcing early on Thursday his availability for selection to the shortest format, with the Twenty20 World Cup just 10 months away.

The 36-year-old had announced his retirement 15 months ago but had in recent times openly flirted with a return to the game, following the change of administration in Cricket West Indies (CWI) with Ricky Skerritt replacing the controversial president Dave Cameron.

Bravo, still one of the world’s leading T20 franchise cricketers, said that change in CWI leadership had been one of the major reasons for his about-turn.

“They understand and listen, they will have dialogues going back and forth, that’s the difference,” the Trinidadian was quoted as saying.

“And that’s why it was so easy for me to make a decision to come back and represent West Indies again. I speak to the captain [Kieron Pollard], coach [Phil Simmons], the president, director of cricket [Jimmy Adams] and chairman of selectors [Roger Harper], and I’ve confirmed that I’ll be available for T20I selection.”

Skerritt’s election was followed by the recent rehiring of Simmons and the appointment of Pollard as white-ball captain, as West Indies regrouped following a disastrous 50-overs ICC World Cup campaign last June.

He continued to play the white-ball formats, however, but has not suited up for the Caribbean side since the ill-fated T20 series against Pakistan in United Arab Emirates four years ago which followed the abrupt firing of Simmons.

Bravo said he did not anticipate any problems gelling with the current squad, as he already had a great relationship with the players and the team management.

“I’m very close to everyone on this team and I know if I walk in, everyone will be happy,” explained Bravo, a member of every title-winning West Indies side over the last two decades.

“But for me, it’s not about me going back to try to be the person. It’s just me going back thankful for another opportunity to represent the team again and also help nurture these young talented players and give them my experience and knowledge. I will try to assist them in whatever way I can.”

Bravo’s return has been welcomed by Skerritt, who has made the reintegration of senior players into the international sides, one of the planks of his election campaign.

Several senior players had paused their international careers in recent years, apparently in dissatisfaction with the Cameron regime.

“Bravo has the performance track record that should never have been lost from the West Indies cricket talent pool,” Skerritt said in a statement yesterday.

“One of the reasons Dr Shallow and myself sought the presidency was to review the team selection policy to become completely inclusive, and to ensure that selection is based strictly on merit and performance readiness.

“Bravo’s return reminds us what a negative impact politics and pettiness has had on our cricket. The possibility that Bravo, a former West Indies captain, can again be a fierce and formidable all-rounder in his maroon colours, is a welcomed possibility.”