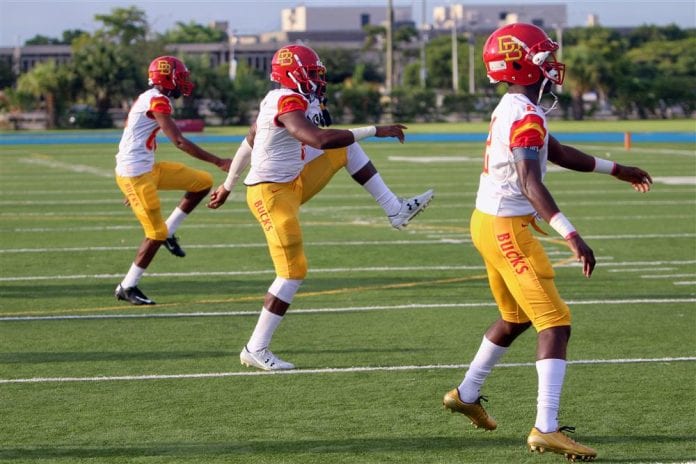 MIAMI, Florida – The Fourth Annual Best of Dade vs. Best of Broward Football Showcase is set to kick off at the Nathaniel “TRAZ” Powell Stadium, 11380 N.W. 27th. Avenue in Miami on Friday, August 23 with two games.

The second game at 4 pm on Saturday, August 24 will pit perennial powerhouses Miami Carol City Senior High School against Deerfield Beach High School and will be televised on ESPNU. Miami’s Superintendent Carvalho and Broward’s Superintendent Runcie will both participate in the coin toss for Game 2.

Additionally, on Saturday at noon, two nationally-ranked teams, No. 9 Miami Central Senior High School and No. 2 St. Frances Academy (Baltimore) will kick off the opening of the high school football season in a nationally televised game on ESPN.