In a bid to appease the Board of Control for Cricket in India (BCCI), The West Indies Cricket Board is proposing that the teams play the remainder of their 2014 series.

The tour was aborted following salary disputes between West Indies players and the board. The BCCI has threatened court action to recover its US$41.97 million in losses.

The BCCI had announced two weeks ago it would seek compensation from the WICB for losses sustained as a result of the cancelled tour, and followed through with formal correspondence to the Antigua-based organisation on Friday.

The WICB has been trying to mitigate the damage through talks, the president maintaining his stance that he will try to use cricket to pay the debt.

One of the ways WICB has come up with paying that debt is to ask that, during an open international window for the teams, the West Indies and India play out the remainder of their tour.

Media rights make up the bulk of the losses with the BCCI estimating them at just over US$35 million, while ticket sales account for around $2 million and the title sponsorship from Micromax estimated at $1.6 million.

The BCCI has also factored in losses in kit sponsorship from Nike, team sponsorship, in-stadia sponsorship and stadium concessionaires, in the compensation package. 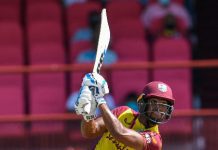 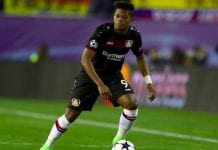