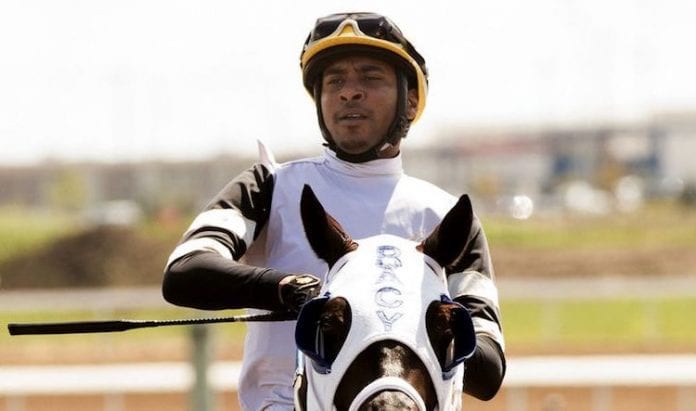 The 29-year-old won with 4-1 choice Made For Saturday in a race over six furlongs before returning to capture race seven over 6-½ furlongs with another 4-1 bet Sought More Pep.

With the double, Walcott moved to 15 wins from 62 rides for the two-month campaign, just three behind leader Rigo Samiento of Venezuela with one week of racing left in the season.

Jamaican Dane Nelson lies third in the standings on 13 wins with another Venezuelan Keihton Natera on the same number of wins.

Walcott, the defending champion, tasted success for the first time when he combined with the five-year-old dark bay gelding Made For Saturday to brush aside the three-year-olds and upward by 2-½ lengths in a front-running effort.

The pair out-sprinted Unbridled Venture to the first turn, shook off pressure from the favorite down the backstretch before taking command in the lane to win easily.

For his second win, Walcott paired with five-year-old bay mare Sought More Pep to get the better of the three-year-old and upward fillies and mares by 2-¾ lengths.

They stalked the pace as hot favorite Me First posted the early fractions with Western Mongolia, ridden by Nelson, and Moonlight Crush, with Trinidadian Prayven Badrie aboard, also tracking closely.

Walcott kicked on the mare at the top of the stretch as Me First faded and Western Mongolia’s chase proved in vain.

The season at the southern Alberta racetrack winds up on Sunday, October 27. 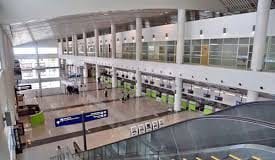