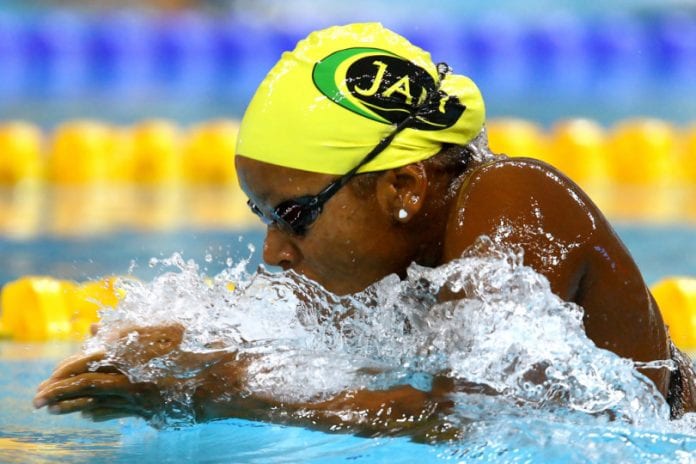 The four-time Jamaican Olympian and short course world record holder won the 50-metre breaststroke in 30.35 seconds ahead of Satomi Suzuki of Japan in 31.09 seconds, with Alina Zmushka (31.12) of Belarus in third.

Atkinson still holds the championship record of 30.26 seconds set in November 2015. Atkinson was coming off the FINA World Championships, where she finished out of the medal hunt. Her best place was fourth.

“I feel pretty good. I wanted to see if I was faster or slower than at the World Championships, and I am about the same time, so it was okay. I think my best time is 1:05.9, so I would love to be getting back to this result. For that reason, it’s a small stepping stone in that direction,” Atkinson said.

Tokyo is the first stop of the first cluster and site of the 2020 Summer Olympic Games, giving Atkinson a sneak preview of the city and Olympic fever. The remaining two stops are Jinan, China on August 8-10 and Singapore on the 15-17.