Non-governmental organizations (NGO’s) in Venezuela have blamed the state owned oil company Petrotrin for the presence of crude oil residue found on the shores of the tourist island, Margarita.

According to a local environmental group – Papa Bois Conservation – while authorities have not yet officially tested the oil found in Margarita, there are suggestions that it came from the Pointe-Pierre Refinery of the Petrotrin Company.

“These are pictures from Venezuela showing how bad it is. Reports are that beaches in Margarita and further afield have been affected and Venezuelan social media is holding Trinidad & Tobago accountable.”

“The Venezuelan Public Prosecutor’s Office (MP) reported today that it is investigating the environmental damages suffered by the country’s eastern coast following the oil spill from the Pointe-Pierre refinery of the Petrotrin company of the Republic of Trinidad and Tobago.“

It says authorities have asked Petrotrin and the Ministry of energy and Energy Industries “to make reports to assess the damages and the cost of sanitation”.

Last month, Trinidad and Tobago’s Energy Minister Franklin Khan said an investigation will be launched into the circumstances surrounding an oil spill which, according to Petrotrin, resulted in an estimated 300 barrels of oil escaping from a ruptured storage tank into the seas. 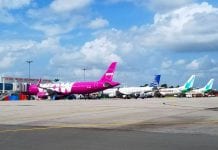